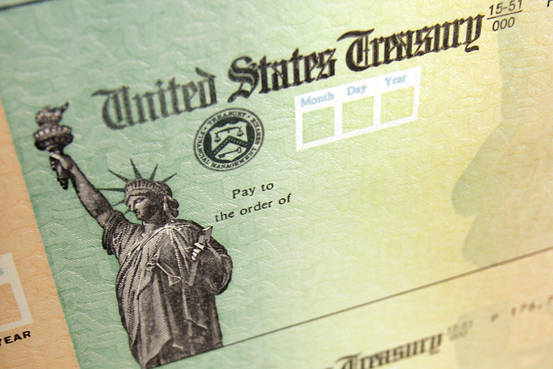 The U.S. Treasury Department rejected again on Friday the idea that so-called payment prioritization would provide a way for the U.S. to avoid a severe hit to its creditworthiness if Congress didn’t raise the federal borrowing limit before the Treasury runs out of cash.

Treasury Secretary Jacob Lew said on Thursday that if the debt ceiling isn’t raised by Nov. 3, it will have to fund the government solely using daily cash flow, and that it could run out of cash to pay its bills soon after that.

Some congressional Republicans have revived an old idea they say would avoid default that doesn’t require a full increase in the debt limit. They would allow the Treasury Department to borrow above the debt ceiling but only to pay bondholders and make payments related to Social Security benefits. It would essentially prioritize those payments ahead of others, such as salaries for federal workers, veterans’ benefits, and everything else that the government spends money on.

The House of Representatives narrowly passed such a measure two years ago and a committee approved the bill again last month. It could come up for a floor vote when Congress returns next week from recess.

First, the Treasury and its fiscal agent, the Federal Reserve Bank of New York, did conclude during previous debt-limit standoffs that it would be technologically capable to pay principal and interest ahead of other government payments, though it had previously warned that such an approach “would be entirely experimental and create unacceptable risk to both domestic and global financial markets.”

While technologically possible, Treasury says this is a terrible idea because it would mean paying U.S. creditors, including foreign bondholders, ahead of veterans, soldiers, air traffic controllers, federal law enforcement, and everything and everyone else that’s paid by the government.

Second, beyond the black-and-white distinction between “bondholders” and “everyone else,” there are limitations to the Treasury’s payment processing systems that would make it very difficult to prioritize some payments over others. In that sense, a more granular type of payment prioritization isn’t technically feasible.

“Treasury’s payment systems are designed to pay our bills—they were not designed to not pay our bills,” writes Treasury spokesman Daniel Watson. Those systems make payments in an automated process, and to manually prioritize more than 80 million payments to soldiers, veterans, Medicare recipients, contractors, and Social Security beneficiaries “would be uncharted territory that’s fraught with risk.”

Moreover, the idea that payments would be delayed—even if the U.S. is still paying interest on the debt—would violate federal law. “Accepting any of these ideas means accepting default,” Mr. Watson said.

Third, Treasury dismisses again several outlandish ideas to continue borrowing money after running out of cash-management steps to remain under the debt limit, including one that would have President Barack Obama invoke the 14th amendment to issue debt above the limit or to mint a large-denomination platinum coin to raise cash without exceeding the debt limit. Neither of those steps are legal, the Treasury said.

In 2012, the chair of the Council of Inspectors General on Financial Oversight reported that the Treasury had found no option that “could reasonably protect the full faith and credit of the U.S., the American economy, or individual citizens from very serious harm.”

Treasury staff found the option of delaying payments as the “least harmful among the options under review,” the report said. In such a scenario, no payments would be made until they could be made in their entirety on a day-by-day basis. Still, the ultimate decision over what to pay and when to pay it, should the Treasury run out of cash, would rest with Mr. Obama—and debt-limit standoffs in 2011 and 2013 never got to that point.

On Wednesday, the Congressional Budget Office said its latest forecast shows the Treasury will run out of cash in the first half of November if the federal borrowing limit isn’t raised. It said the Treasury would run a very low cash balance in early November, largely mirroring the estimate produced Thursday by Mr. Lew.

A separate analysis from the Bipartisan Policy Center, a Washington think tank, says the Treasury would run out of money between Nov. 10 and 19. They estimate that some $218 billion in payments will come due between Nov. 10 and 30, for which the government might be unable to pay around 30% of them.

10 Questions on the U.S. Debt Ceiling

U.S. Could Run Out of Cash After Nov. 3, Treasury Secretary Lew Says

What Economists Think of the U.S. Defaulting on its Debt: ‘We Aren’t That Stupid!’