Things to do in London this weekend is sponsored by Westfield Stratford City.

BANK HOLIDAY WEEKEND: Find ways to keep yourself busy, whatever the weather and whatever your budget, on our London bank holiday page.

FOODIES FESTIVAL: Meet celebrity chefs Aldo Zilli, Dhruv Baker, Rosemary Shrager and Tony Rodd at the Foodies Festival in Alexandra Palace. There are demos, street food and a tent full of workshops for kids too. £16, book in advance, 27-29 August

GIN FESTIVAL: There are over 100 gins on offer at the Gin Festival in Tobacco Dock. As well as tasting the gins, attend talks from gin industry experts and enjoy live entertainment. £12.50, book in advance, 26-28 August

MR MEN MUSEUM: The OXO Tower is hosting a pop up Mr Men and Little Miss exhibition (displayed at children’s scale) to commemorate 45 years of the brand. There’s rare and unusual memorabilia, and you can  design your own personal print of your favourite character. Free, just turn up, 24- 29 August

WIMBLEDON FOOD FESTIVAL: From retro ice cream to craft beer, indulge in foodie delights at Wimbledon Park Food Festival. If you manage to step away from the food, there’s also garden games, face painting and storytelling to keep the family entertained. £8, book in advance, 27-29 August

CIDER & HOG ROAST: Head to The Water Poet pub near Liverpool Street for a cider festival featuring ciders from all over the country, a hog on a spit and steel music. There’s even cider ice-cream too Free entry, just turn up, 27-29 August

WEDDING WEEKEND: It’s Southbank Centre’s Big Wedding Weekend, bringing Festival of Love to a close. Learn ballroom and Latin dancing moves, take part in a love-themed craft workshop and see some the couples who are getting married on stage. Free, just turn up, 27-29 August

PRE-CARNIVAL STREET PARTY: Get in the mood for tomorrow’s Notting Hill Carnival with Caribbean street food and live music from artists including Scrufizzer and BBC 1xtra’s Ras Kwame at Styx Bar’s pre-carnival street party in Tottenham. £13.10, book in advance, noon-2am

SOUL FOOD PARTY: Hoxton Square Bar & Kitchen is holding a carnival themed evening, with a soundtrack of afrobeats and samba music. Take a free bachata dance class to get you in the mood. £5, book in advance, 8pm – 2am

SOUL TRAIN: It’s the 9th birthday of the Bussey Building’s South London Soul Train club night. There are four floors of different artists, who will be partying until 5am. £5-15, book in advance, 10pm-5am

Don’t worry about the weather this summer, Westfield Stratford City has activities for all the family at its indoor park.

Get a flavour of Barbados with rum tastings, hair braiding and flower arranging, safe in the knowledge the British weather won’t affect you.

Rain or shine, relax with a cool glass of bubbly from the Freixenet Ice Cava Bar or an ice cream from Kitbox, while the kids listen to stories in the Toadstool Garden.

If you fancy something more energetic, try walking on water in the zorb pool – you won’t even get your hair wet.

NOTTING HILL CARNIVAL: The largest street festival in Europe is back. Watch the procession, dance to the beats and have a good time. Children’s Day is on Sunday and the grand finale takes place on Bank Holiday Monday. Read our guide to the Carnival before you go, and swot up on what (and where) to eat and drink. Free, just turn up, 28-29 August

NOTTING HILL CARNIVAL: The Notting Hill Carnival continues with the grand finale today. Take your friends and family, watch the parade and groove to the beats of Europe’s biggest street party. Free, just turn up, all day

ENVIRONMENTAL FAIR: Carshalton’s Environmental Fair which features over 150 stalls, workshops and music, takes place in Carshalton Park. There’s even a free bus to get you there. £5, just turn up, 10.30am-8pm

TYBURN WALK: Follow the footsteps of the Catholic martyrs from the site of Newgate Prison, to the site of the Tyburn tree at Marble Arch. The walk ends with a Latin Mass service in Tyburn Convent. Free, just turn up, 1pm

CANDLELIGHT CONCERT: Feinstein Ensemble play Vivaldi’s Four Seasons along with pieces by Bach and Mozart at St Martin in the Fields in Trafalgar Square.£25, book in advance, 7.30pm

CARNIVAL AFTER PARTY: Continue the carnival spirit at The Coronet’s after party. Playing soca, bashment, reggae and dancehall, end your three-day weekend with a bang. £10-20, book in advance, 10pm-4am

Our daily pick of Funzing events

DISUSED TUBE TOUR: Explore abandoned underground stations and learn about the railway line that was only used for funerals. £10, 12-29 September

WOMEN IN TECH: Learn from female tech entrepeneurs and discover how they got to where they are today, from short inspiring talks. £30, 20 September 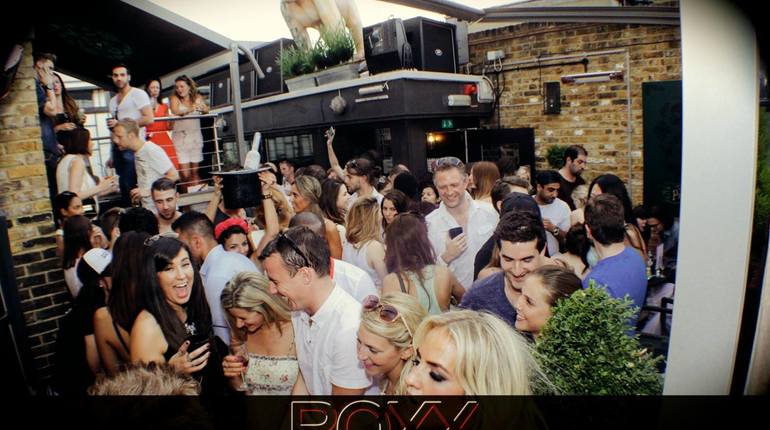 ROOFTOP PARTY: Party to live music on the roof of Sanctum Hotel Soho. There’s a jacuzzi, so bring your swimwear and prepare to party. £15, 27 August /3/10/17 September