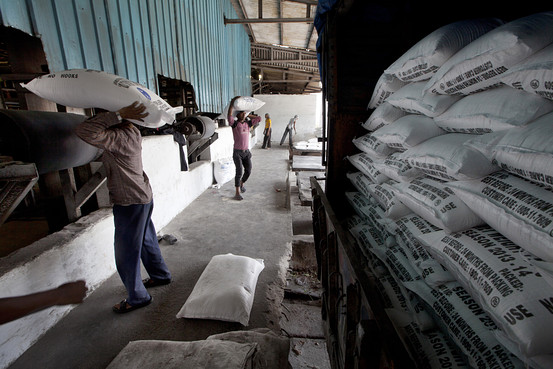 Taxes and subsidies are part of every government’s toolkit for tinkering with prices and economic activity. But India tinkers more—and more expensively—than most.

A reined-in subsidy bill is on many economists’ wish-lists for the new Indian government’s inaugural budget, which will be unveiled on Thursday.

The previous administration, led by the Congress party, budgeted nearly 2.5 trillion rupees, or $41 billion, on fuel, food and fertilizer subsidies for the current fiscal year, which ends in March 2015. That’s nearly 15% of total spending for the year, or almost 2.5% of India’s gross domestic product.

This ball of twine won’t likely be untangled in one budget. But here’s an overview of how the major subsidies work, and why economists say rolling them back isn’t only about saving the government money—it’s also about helping some of India’s most important industries grow and invest.

Fuel: India’s rigid control over the fossil-fuel market theoretically ended in 2002, when the government at the time, also led by the Bharatiya Janata Party, abandoned the opaque, complex formulas that it had used to administer domestic petroleum prices for decades. But by mid-2004, climbing global crude prices caused Delhi again to seek to protect Indian consumers by restricting oil retailers’ ability to raise prices.

Today, the government pays heftily—$10.6 billion this year, under the previous administration’s final budget—to compensate sellers of diesel, kerosene and propane cooking gas for selling at a loss.

Some change is already under way. In January last year, the Congress-led government authorized small, monthly increases in the price of diesel. As a result, diesel sellers’ losses—and hence the need for subsidies—will be wiped out in 10 months’ time, ANZ Bank estimates, assuming that global oil prices remain unchanged.

The diesel-price hikes helped the total fuel-subsidy bill in the interim budget for this year come to 35% less than what was spent just two years ago, though many analysts say those projections look suspiciously optimistic.

Indeed, the worst-kept secret about India’s fuel subsidies is that oil retailers are reimbursed for their losses erratically and with a lag, which means repayments can be postponed until the following year’s budget in order to burnish this year’s deficit numbers.

Indian Oil Corporation, the state-owned giant, said last month that it expects to accrue $9.5 billion of subsidy-related losses this year. Moody’s pegs this year’s losses for the entire industry at $18.3 billion.

One last thing to understand about the fossil-fuel market in India: Petroleum products aren’t exempt from federal excise taxes. That puts Delhi in the position of simultaneously suppressing retail fuel prices by diktat while raising them through levies. In some Indian states, more than half the price at the pump represents duties and taxes.

Food: This is the big one: $19 billion in the previous government’s interim budget, or nearly half of all subsidy spending, went toward meeting the difference between the cost of staple foods—rice, wheat and lentils, predominantly—and the artificially low, government-set prices at which they’re sold to poor households at government-run shops. An additional $33 million was budgeted for this year to fund the government’s commitment to growers of 25 crops that it will purchase their output at above-market prices.

With food prices a perennially sensitive issue in India and a rainy season that is looking drier than usual, this week’s budget isn’t likely to contain dramatic cuts to these subsidies.

More investment in agricultural infrastructure could, in the longer run, help lessen subsidies’ importance in the fight against food inflation. Ashok Gulati, chairman of the government agency charged with managing food prices, lamented at an industry event recently that Delhi spends a fraction on irrigation projects—just $185 million in the interim budget—what it spends on farm subsidies.

Fertilizer: India’s government caps the price of urea, a nitrogen-based fertilizer, and compensates chemical companies for their losses. But here, too, reimbursement is unpredictable: According to ANZ, nearly $6 billion of fertilizer subsidies went unpaid last year and weren’t even budgeted for by the previous government.

This week’s budget isn’t likely to see reform in this department. Ananth Kumar, the fertilizers minister, made clear in Mumbai last week that no subsidy cuts are in the works.

In all three cases, the basic tradeoffs are simple: Subsidies keep these staple goods affordable to all. But they cost the government dearly, and, by keeping sellers persistently in the red, they make it hard for producers of these goods to attract investment and modernize.

And these aren’t the only markets in India where government price controls, either direct or indirect, have created troublesome distortions. See also: drugs, train tickets, natural gas and electricity.