We already know the economy had a robust second quarter. Friday morning we learn if it was even stronger than we thought.

The Commerce Department‘s most recent estimate for the quarter’s gross domestic product came in at 4.2%. The release Friday will offer the third and final estimate for the period from April through June. Economists surveyed by The Wall Street Journal expect the new tally will ratchet GDP up to 4.6%. Some are even calling for nearly 5% growth. 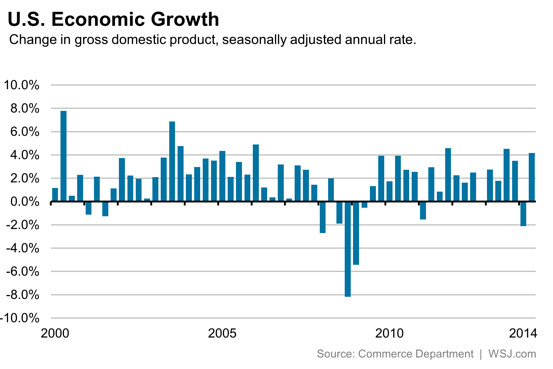 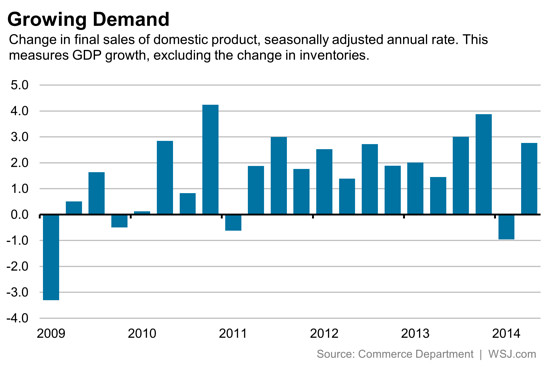 This gauge is typically seen as a more accurate measure of underlying strength in the economy than the headline figure. It essentially reflects how much of the stuff produced in the economy was actually purchased, rather than simply stocked. In other words, GDP growth excluding the change in firms’ inventories. Under current estimates, real final sales grew at a 2.8% rate in the second quarter after falling 1% in the first quarter.

3. GDP compared to a year earlier: 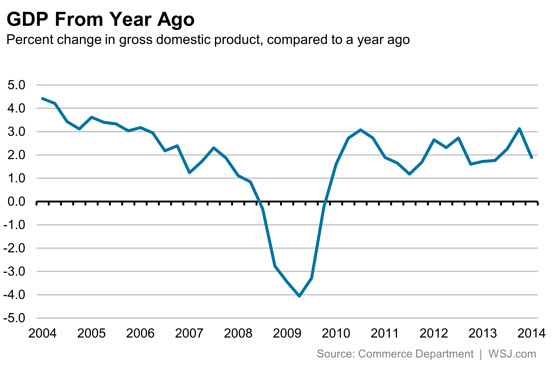 Looking at the year on year patterns helps smooth the quarter-to-quarter gyrations and shows the underlying growth trend. Under current estimates, the economy grew 2.5% from a year earlier, up from the 1.9% year-over-year growth in the first quarter but down from the 3.1% growth in the fourth quarter of 2013.