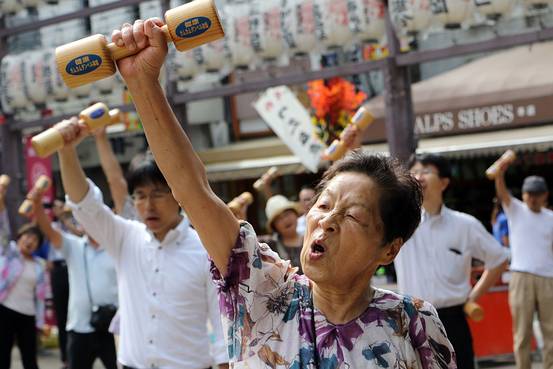 Elderly people work out in the grounds of a temple in Tokyo in September to celebrate Japan’s Respect for the Aged Day. The estimated number of people aged 80 or older in Japan topped 10 million for the first time, the government said.
YOSHIKAZU TSUNO/AFP/GETTY IMAGES