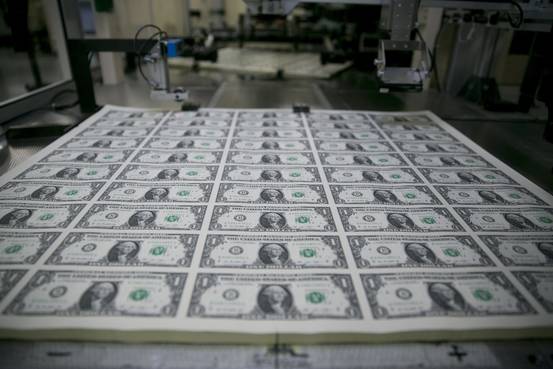 A currency redesign by the Treasury Department is dragging out.
Andrew Harrer/Bloomberg News

The Treasury Department will delay until 2016 the announcement of which woman will be selected for the redesigned $10 bill after an unexpectedly large volume of public feedback prompted officials to extend their months long review, a spokeswoman said Friday.

Treasury Secretary Jacob Lew announced plans in June to put a woman’s portrait on the $10 bill, a spot that has been occupied by Alexander Hamilton, the nation’s founding Treasury secretary, since the 1920s. The department said in June that a decision would be announced by the end of this year following a public campaign to solicit ideas.

They received more than they bargained for from that campaign. While many applauded the decision to put a woman on the bill, some said they were disappointed that a woman wasn’t being put on the more prestigious $20.

The decision also drew surprisingly intense criticism from finance types that revere Mr. Hamilton, who is having something of a moment. A 2004 biography of the financier inspired a critically acclaimed Broadway musical that debuted this summer.

Ben Bernanke, the former Fed chairman, said he was “appalled” to learn Mr. Hamilton would be demoted in a blog post published days after the announcement. “Decisions like this have considerable bureaucratic inertia and are accordingly hard to reverse,” he wrote. “But the Treasury Department should do everything within its power to defend the honor of Jack Lew’s most illustrious predecessor.”

A spokeswoman said the campaign to solicit public input had been a “valuable part of Secretary Lew’s decision making process” and that the department had received “many more ideas than we had originally anticipated,” prompting the delay.

“The process is about more than just one square inch on a bill, and we look forward to sharing the secretary’s decision on currency redesign in the new year,” the spokeswoman said.

In response to the specific uproar over Mr. Hamilton, Mr. Lew has said Mr. Hamilton won’t come off the currency, creating a subplot that has at times overshadowed the bigger question of which woman will ultimately be featured on the bill.

“The man who had the single largest contribution to building our system… is going to continue to be honored on our currency,” he said in response to questions from students and faculty at an event to solicit feedback on the redesign at a community college in Alexandria, Va., last month.

Currency redesigns are driven primarily by security needs, and a redesign of the $10 bill was already in the works as part of an upgrade that will include tactile features on bills to assist the blind and visually impaired. Government agencies that oversee currency design and security recommended starting with the $10 bill in 2013, and outlined a timetable that could have the bill in circulation as early as 2020, which coincides with the centennial of women’s suffrage.

Mr. Lew hasn’t said whether Mr. Hamilton might ultimately find a home on a separate bill, but he has noted that the entire suite of paper bills is being redesigned. “It will ultimately be the whole series,” he said in July.

A Woman Will Go on the $10 Bill, Twitter Explodes

Alexander Hamilton to Share Image on $10 Bill With a Woman

A $10 Death for Alexander Hamilton