As part of the recent Totally Thames festival, we hosted a booze-fuelled floating quiz all about the river. As the boat made its way from Westminster to Greenwich and back we dispensed 50 questions about the Thames, and the buildings and neighbourhoods along its banks. For those who weren’t able to make it, we’ve reproduced the questions down below. You’ll have to provide your own beer. And boat.

Round 1: London Bridge to Tower Bridge

1. The London Bridge of today is just the latest in a series of bridges that have spanned the Thames here since Roman times. In which London park can you still see two of the stone niches from an earlier incarnation of London Bridge?

2. The Port of London Authority building stands near the Tower of London, a tall white structure soon to become a hotel. A huge statue of which riverine figure stands in the niche in the upper section?

3. City Hall is home to the Greater London Authority. To what bodily feature did former Mayor Ken Livingstone famously compare it?

4. The Tower of London is famous, among other things, for its executions. Which century saw the most executions inside the Tower complex?

5. Whose motorcade was accidentally split in two when Tower Bridge’s bascules opened in May 1997?

Name the artist for each of the paintings below. 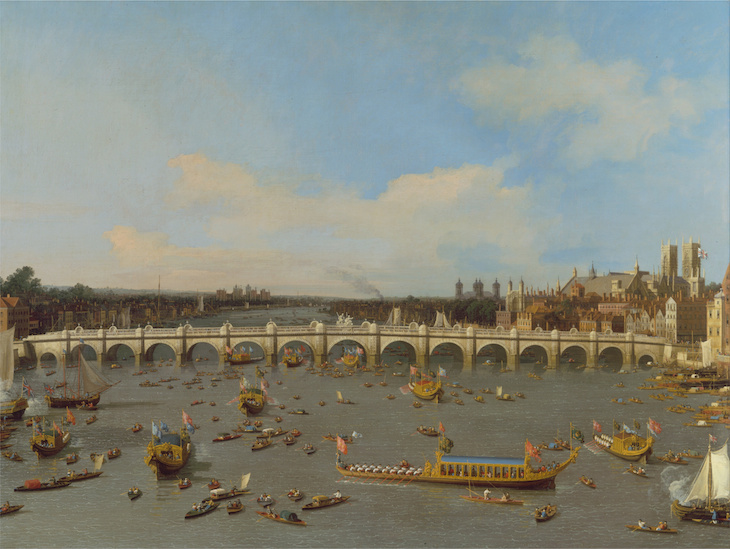 Round 3: Beyond Tower Bridge

1. St Katharine Docks were created in the 1820s. The excavated soil was used a little way upriver, to help reclaim marshy land in which part of London?

2. Which of the following four items does not originate from Bermondsey?

3. Wapping was once known as Sailortown for its population of seafaring types. They used dozens of wharfs and stairs to reach their boats, many of which had evocative names. Three of the following are genuine, and one is not — which is false?

4. The name of Rotherhithe comes to us from Anglo Saxon times, and means ‘the landing place’ of which type of farm animal?

5. Which deadly disease was reported in Limehouse in 1832, the first time it had been seen in London?

Round 4: The Isle of Dogs

1. No one really knows for sure how the ‘Isle of Dogs’ got its name. Here are four explanations. Three of them are genuine theories with academic backing. One of them was totally made up by us a few days ago. Which one is definitely false?

(a) Henry VIII had dog kennels on the island, used for hunting.

(b) The area was home to a mad hermit, who would go around screaming “I love ducks”. This was often mis-heard as “Isle of Dogs” and the name stuck.

(c) The land was originally known as “Isle of Dykes” because of its watery channels. This later became Isle of Dogs.

(d) The docks were used for importing timber, which would be used as ‘firedogs’, the supporting structures in a fireplace.

2. How many towers on the Isle of Dogs are taller than the Gherkin?

3. Name this film from the description: “The Isle of Dogs is a quarantine zone known poetically as District One. It is guarded, somewhat poorly, by the US army. A viral outbreak occurs, putting the island on Code Red lockdown, but a small group of people escape to Greenwich via the foot tunnel. Pretty much everyone dies.”

4. Isambard Brunel built the world’s biggest ship, the SS Great Eastern, on the western side of the Isle of Dogs. But what does ‘SS’ stand for?

5. What’s the most southerly DLR station on the Isle of Dogs?

Round 5: Tunnels, bridges and crossings


1. What have John Burns, Ernest Bevin and James Newman to do with crossing the Thames?

2. Which bridge carries the A3 over the Thames?

3. Which is longer, the Greenwich or Woolwich foot tunnel?

4. Which publicly accessible tunnel under the Thames is farthest downstream?

5. Give the surname of the father-son team who built the first tunnel under the Thames, which opened in 1843 and now carries trains between Wapping and Rotherhithe.

1. Who was the principal architect on the famous Old Royal Naval College (as we now call it) that stands so proudly on Greenwich river front.

2. The Prime Meridian famously passes through Greenwich. How many European countries (including the UK) does it run through?

3. Edward Lear, populariser of the limerick, penned a typically bad rhyme about Greenwich. Complete the second line of the following:

There was a young lady of Greenwich,
Whose garments were bordered with ????

4. Greenwich is home to the Cutty Sark tea clipper. Its unusual name is from Scots dialect, and the phrase is most famously used in Robbie Burns’s poem Tam O’Shanter. But what does Cutty Sark mean?

5. The cable car from North Greenwich to the Royal Docks offers a regular-user’s discount to any Oyster card holder who uses the service more than five times in a week. How many people were enjoying this discount, the last time a freedom of information request was actioned in October 2014?

Round 7: Name that bridge 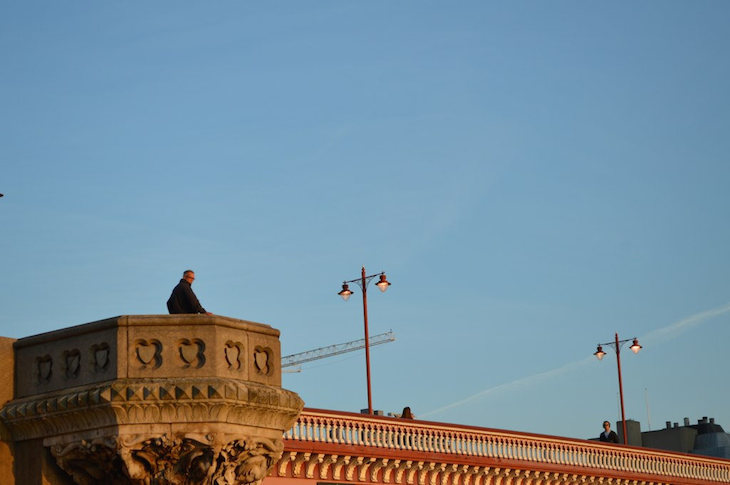 1. What three words does Ray Davis of the Kinks use to describe the Thames, in the opening line of Waterloo Sunset?

2. “London is the place for me” was first performed by a Trinidadian who arrived on the Empire Windrush, which docked at Tilbury in 1948. What his stage name, also shared with a famous Field Marshall of the First World War?

3. In the most commonly sung version of London Bridge is Falling Down, what objection is given to rebuilding with ‘wood and clay’?

4. Two part question. (a) Which famous Londoner published the following poem in 1794:

I wandered through each chartered street,
Near where the chartered Thames does flow,
A mark in every face I meet,
Marks of weakness, marks of woe.

(b) Which famous Wigan band adapted these lyrics for their 1995 single called History?

5. Which 1937 song about a Thames-side area proved so popular that, at a live performance, even the Queen Mother was heard to shout ‘Oi!’ following the chorus.

1. What unfortunate name is often given to the Thames as it flows through Oxford?

2.The Thames is the longest river entirely in England. However, there are two longer rivers in the wider British Isles. What are they?

3. Which town on the Thames gained an extra 10 letters in its name in 2012, in a bid to make it sound a bit less rubbish?

4. How many times will Crossrail cross under the Thames?

5. Which monarch enjoyed the premiere of Handel’s Water Music while floating in the river in 1717?

6. What colour light indicates the starboard side of a vessel?

7. Which is the only London borough to be split in two by the river?

8. How much does it cost to take a motor vehicle onto the Woolwich Ferry?

9. While walking certain stretches of the Thames, you might encounter a stone pillar bearing the letters UBR. What do they stand for?

Scroll down for answers. The winners on the night got 43 points in what is a very difficult quiz. Would you have scored higher?

1. Christopher Wren
2. Three (UK, France, Spain)
3. Spinach
4. Short undergarment (a point for anything vaguely like this)
5. Zero (down from four people the previous year)

1. Isis
2. The Severn and The Shannon
3. Staines (it became Staines-Upon-Thames)
4. Once (at Woolwich)
5. George I (supposedly, he enjoyed it so much that he asked the exhausted musicians to play it twice more)
6. Green
7. Richmond-upon-Thames
8. Nothing
9. University Boat Race
10. N and NW