We are just one game away from getting our champion of the biggest sporting event on the face of the earth and FIFA has announced the nominees for the golden ball, Best young player and golden glove. Muller and James Rodriguez are strong contenders for the golden boot.

There are many other players and people associated with the game who haven’t been considered in any category by FIFA but they have shown either unbelievably spectacular performances or gruesomely ludicrous ones, both on and off the field.TSM will make sure that these gems don’t go un noticed so we will be announcing the awards for them in our amusing categories, keeping in view the response to their performances in social media. 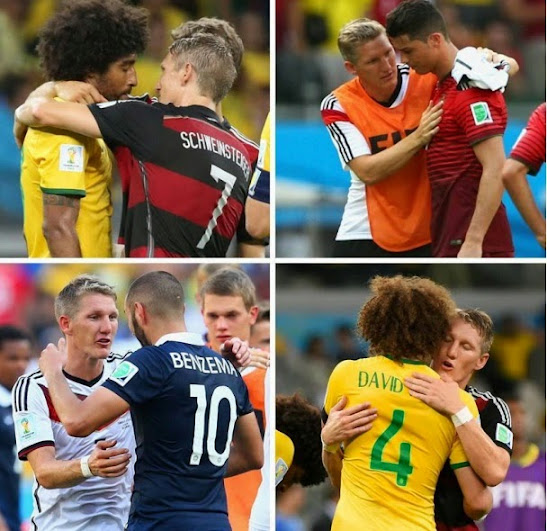 At the end of a match there is only one victorious team resultantly shattering the dreams of the other team and that naturally is accompanied by the grief which fills the hearts of the players who had struggled so hard to qualify for the world cup only to fall short of glory.

After being knocked out from the tournament, we saw tears rolling down the cheeks of players like David Luez and the disappointment at the face of Cristiano Ronaldo also didn’t go unnoticed. Germany was involved in many of such matches and was responsible for the exit of these teams from the tournament .One player who was always seen consoling his opponents at the end of the match was German midfielder Bastian Schwienstiger.

This world cup has been particularly high scoring one, partly due to some excellent strikers and mainly because of some poor defenders. With some truly bizarre defending , competition in this category was unexpectedly very tough nonetheless Brazil’s Fernandinho won it hands down. He had strived so hard for this one that one feels obliged to give him this award particularly due to his effort in Semi Final when he presented the ball on silver platter to Tony Kroos.

We have seen splendid goals scored on corner kicks in this world cup, not forgetting the Goal by Muller which instigated the demise of Brazil in semi final , but contemporarily their have been some equally embarrassing corner kicks as well .The worst of the lot was by Wayne Roney who made a mess of the corner kick in the match against Italy and couldn’t keep the ball even in the pitch . 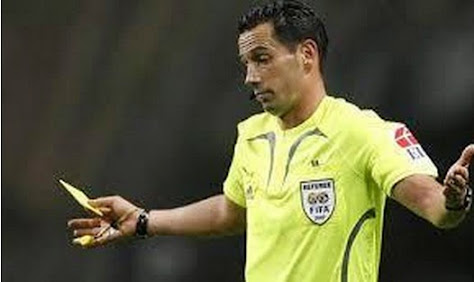 Mexico’s team put up a great show in this world cup and nearly pulled off an upset in quarter finals against Netherlands before referee “Pedro Proença” awarded a penalty kick to the Dutch team in the additional time when , Bayern Munich striker Arjen Robben, turned to the trough and later admitted that he dived to earn the penalty. Dutch team scored on that penalty and Mexico rightly felt that they been hard done by the referee. So the most hated referee award goes to Pedro. (Although he doesn’t seem to be thinking much of it)

We have had some exciting celebrations after goals including the traditional dance by Ghana XI after their second goal against Germany but none matched Costa Rica’s coach Miguel Herrera’s celebrations. After his ecstatic jubilation he earned our best celebration award.

This colombian beauty is by far the most hottest girl seen in the stands during 2014 world cup. a huge list of fans can be found in our dedicated world cup girls page. 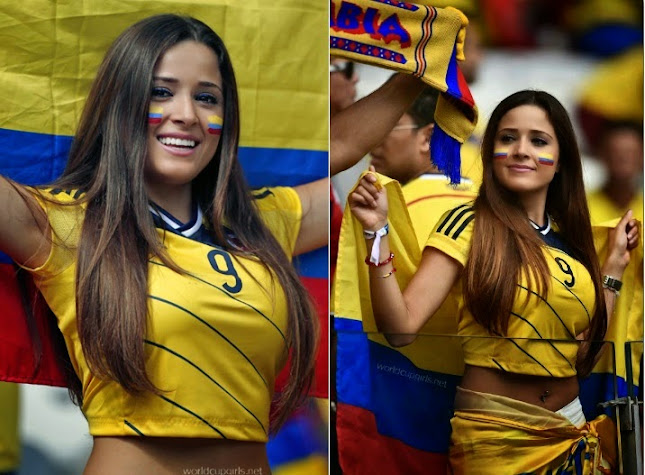