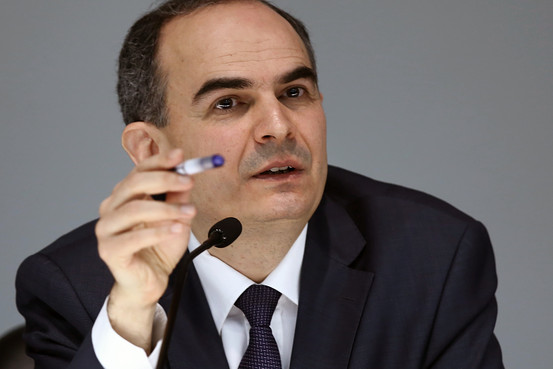 Turkey’s central bank Thursday held all its interest rates steady for the first time since March, as near double-digit inflation and an emerging-market selloff weakening the currency trumped government calls for lower borrowing costs to stimulate the economy.

The Monetary Policy Committee kept the benchmark one-week repo rate at 8.25%, the Ankara-based central bank said in a statement on its website after a regular monthly meeting. The interest-rate corridor also remained unchanged, with policymakers keeping the overnight borrowing rate at 7.5% and the overnight lending rate at 11.25%.

Turkish central bankers’ decision to hold rates steady was in line with the forecasts of 12 of the 13 economists surveyed by the Wall Street Journal. Only one expected a 0.25 percentage point cut to the rate corridor’s ceiling.

In August, the Turkish central bank bucked expectations by cutting its overnight lending rate from 12%, yielding to government calls to reduce borrowing costs even as stubbornly high inflation failed to slow in June as expected by policymakers. Since the central bank started cutting rates in April, economists have been warning that a premature easing cycle threatens the central bank’s credibility and inflation targets.

Turkey’s annual inflation rate rose to 9.54% in August, the highest since May and near a two-year peak, from 9.32% in July, as a drought triggered higher food prices. That is almost double the official 5% target, and well above central bank Governor Erdem Basci‘s 7.6% year-end inflation forecast.

The currency also came under renewed pressure starting in late July. The lira weakened about 8% against the dollar as geopolitical tensions triggered by Islamic State advances along Turkey’s border with Syria and Iraq further fueled a broader emerging-market selloff as investors brace for the U.S. Federal Reserve to start tightening its monetary stance next year.

After the central bank’s decision, the Turkish lira extended losses to as much as 1.2% to TRY2.263 a dollar, an eight-month low. Meanwhile, benchmark two-year government bond yields rose to as high as 9.51% from 9.35% before the decision, hitting levels last seen in mid-August.

The pace of economic growth slumped to 2.1% in the second quarter from 4.7% in the first three months of 2014, as domestic demand weakened. While the official forecast for economic growth this year remains at 4%, Finance Minister Mehmet Simsek warned last week that it may be as low as 3%.