Two in five of us walk around with broken smartphones 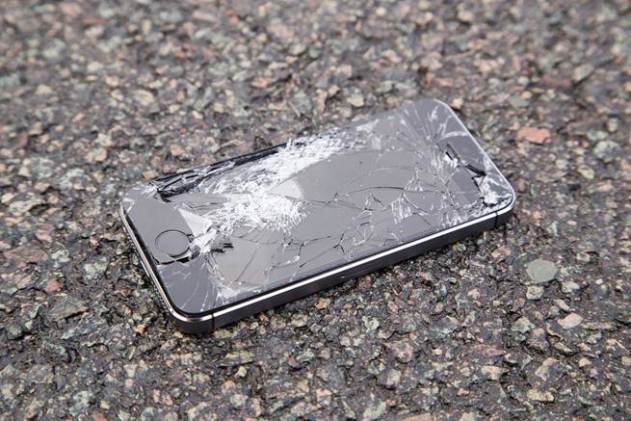 Must admit wherever I go I see people trying to look at information on their smartphone which is covered in cracks. And I wonder how can they do that without getting it fixed (having said that there’s a growing crack in my car windscreen that I haven’t had fixed yet so maybe I shouldn’t throw the first proverbial stone).

Anyway iMend.com, a nationwide call-out mobile phone repair service, has put a figure on the number of people walking around with a broken phone of some sort and it’s rather high: 19.2 million or over 40% of us are guilty apparently. The research, which polled 2000 people across the UK, found that 21.7% are using a phone with a cracked screen, 16% need a battery replacement and 10% say that their smartphone does not charge properly.

The research also revealed that 41% of those with a broken mobile admit they have not bothered fixing it because they are still able to make and receive phone calls, while over a quarter (27%) said they are worried about how much they will have to fork out to fix their mobile. Another 31% are waiting out their contract (even though the average person with a broken phone has six months left on their contract), and 28% of Brits think repairing their smartphone is a slow process which takes 7-10 days.

iMend.com also found that 29% of Brits think putting a phone in a bag of rice is a good way to fix water damage (yep have done that unsuccessfully), while 6% think leaving a phone on top of a radiator will aid its recovery. Despite our ‘laissez-faire’ approach to the upkeep of our smartphones, having a fully non-functioning device would be quite traumatic for the average Brit, who could only last 3.4 days without a working phone, and 40% admitted they could only last a day or less.

Says Keir McConomy, founder of iMend.com: “Brits walking around with damaged phones are living on the edge of a crack-tastrophe – not least because most of them can’t survive for more than a couple of days without their handsets. Although your phone may still be functioning, a cracked screen is susceptible to water ingression, which is why it is important to seek professional help to prevent irreversible damage as soon as a crack appears. Most customers are worried that getting a device repaired will void the manufacturer’s warranty – however as accidental damage is outside of the manufacturer’s warranty anyway, this is just another myth around getting your phone repaired.”

(source: repairs made through iMend.com)