The first two doses of an experimental Ebola vaccine have been injected into human subjects in the National Institutes of Health’s fast-tracked clinical trial.

A 39-year-old woman was the first person to receive the vaccine, which had previously only been tested in monkeys. She received the injection Tuesday at the NIH Clinical Center in Bethesda, Maryland. A 27-year-old woman was given the shot today, the agency said.

The trial will test the safety of the vaccine, which was developed by GlaxoSmithKline and the NIH’s National Institute of Allergy and Infectious Diseases. It was expedited by the burgeoning Ebola outbreak in West Africa, where more than 1,900 people have died from the infection, according to the World Health Organization.

“There is an urgent need for a protective Ebola vaccine, and it is important to establish that a vaccine is safe and spurs the immune system to react in a way necessary to protect against infection,” Dr. Anthony Fauci, director of the National Institute of Allergy and Infectious Diseases at the NIH, said in a statement Thursday.

Although Fauci said the vaccine has “performed extremely well” in primate studies, this is the first time it has been tested in humans.

The phase 1 clinical trial will involve 20 men and women between the ages of 18 and 50, according to the NIH. Researchers will use the study to determine whether the vaccine is safe and see whether it prompts an immune response necessary to protect against Ebola.

No human subjects will be infected with Ebola. 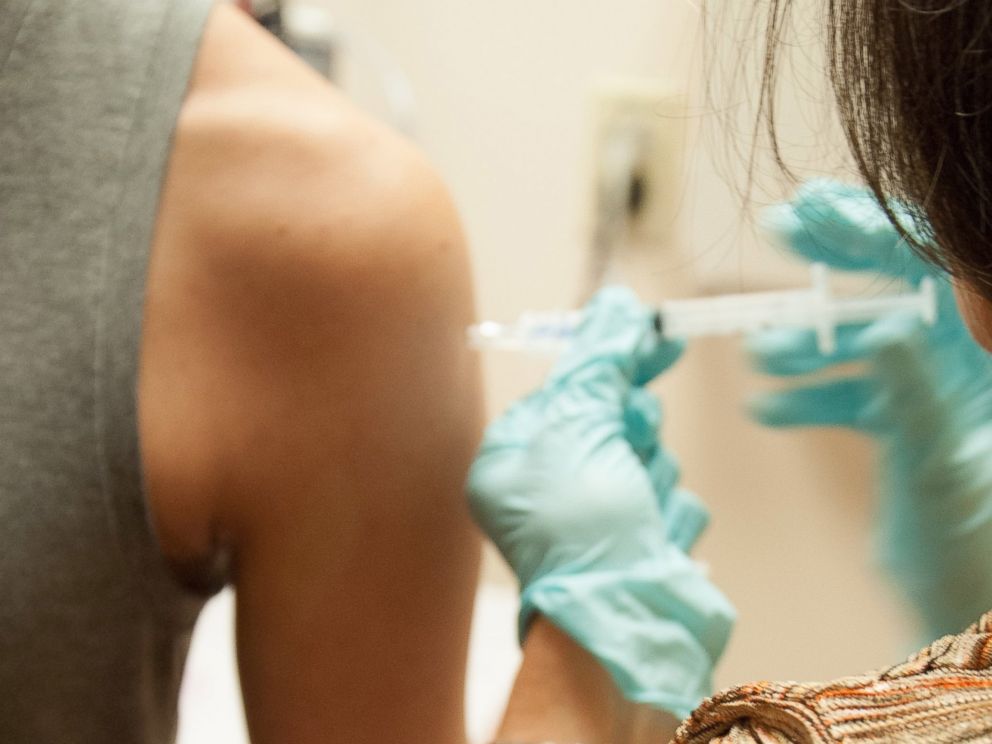 PHOTO: The second Ebola vaccine study participant, a 27-year-old woman, receives a dose of the investigational vaccine being studied at the NIH Clinical Center in Bethesda, Maryland.

A $4.7 million grant will also go toward additional Ebola vaccine trials in September at the University of Oxford in England, as well as centers in Gambia and Mali, according to GlaxoSmithKline. In all, 140 patients will be tested.

Though Ebola was discovered nearly 40 years ago, it was so rare that drug manufacturers weren’t interested in investing in finding a vaccine for it, said Dr. William Schaffner, chair of preventive medicine at Vanderbilt University in Nashville, Tennessee. Its rarity also made it impossible for scientists to conduct field studies.

“There’s always the layperson’s query of ‘Why don’t they rush this?’ ‘Why don’t these guys work a little later at night?’” Schaffner told ABC News in July. “It’s a little more complicated than that.”

GlaxoSmithKline became involved in the Ebola vaccine because it bought Swiss vaccine company Okairos AG in 2013. Okairos, originally a Merck spinoff, had been working on the vaccine with the NIH since 2011, a GlaxoSmithKline spokeswoman told ABC News.

Although Fauci said in July that it would take until late 2015 for a vaccine — if successful — to be administered to a limited number of health workers, GlaxoSmithKline said in a statement that the grant will also enable it to manufacture 10,000 doses of the vaccine while the trials are ongoing. If the vaccine trials are successful, it will be able to make stocks available immediately to the World Health Organization.

The NIH said it should have initial data from the trial in late 2014.

The trial for a different vaccine is set to begin at the Walter Reed Army Institute of Research in Silver Spring, Maryland. This vaccine was a collaboration between the federal Department of Defense and Iowa pharmaceutical company NewLink Genetics Corp.