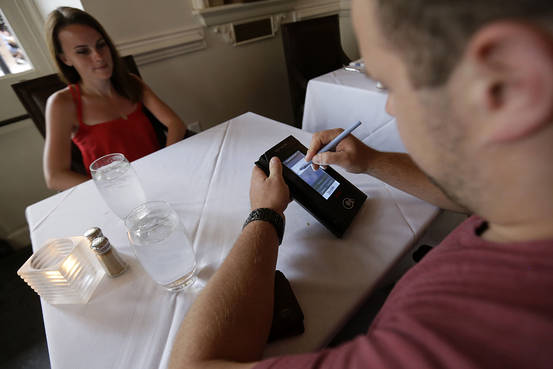 Revolving credit, mostly credit cards, rose at a 7.4% annual rate in June, a jump from May when it rose at an annual rate of 2.1%.
GERALD HERBERT/ASSOCIATED PRESS

Outstanding consumer credit, a reflection of nonmortgage debt, rose $20.74 billion or at a 7.3% annual rate in June, the Federal Reserve said Friday. That’s a slight increase from May, when it increased at an upwardly revised annual rate of 5.9%, but less than April’s 7.6% pace.

Economists surveyed by The Wall Street Journal had expected a $17 billion increase in June.

Revolving credit, mostly credit cards, rose at a 7.4% annual rate, a jump from May when it rose at an annual rate of 2.1%.

Nonrevolving credit, made up largely of auto and student loans, rose at a 7.3% annual rate, a slight acceleration from May’s upwardly revised rate of 7.2% and April’s unrevised 6.2% growth pace.

But some economists still question whether Americans will pick up their spending at a time of stagnant wages, despite nearly five straight years of job growth. Consumer spending accounts for more than two-thirds of U.S. economic output, serving as an important driver of economic growth.

Consumer Credit Rises at a Slower Pace in May

U.S. Consumer Debt Grows in April as Credit-Card Use Surges