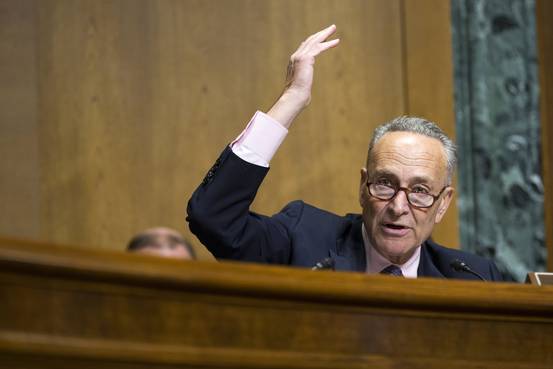 Federal lawmakers have long cited China as the chief target of legislation meant to punish trade partners seen to be using their exchange rates to gain a competitive advantage. For more than a decade, the IMF’s assessment of the yuan as undervalued lent legitimacy to lawmakers and their constituents who complained that China’s currency policy came at the expense of American jobs, exports and growth.

But now the IMF—the world’s pre-eminent authority on currencies—is on the verge of declaring the yuan fairly valued after a decade of Beijing allowing the currency to appreciate.

The IMF’s new assessment comes as many of the most ardent supporters of punitive currency legislation seek to include measures targeting alleged currency-manipulating countries in major trade legislation pending in Congress. U.S. administration officials worry that such measures could kill the Trans-Pacific Partnership deal, a 12-nation trade pact comprising 40% of the global economy.

Although the administration says the yuan is still undervalued, Treasury officials argue that China’s appreciation of the exchange rate bolsters the case to let diplomacy, not sanctions, resolve disputes over currency policies. And as Beijing allowed the yuan’s value to rise and as China’s billion-plus population gains middle-class buying power, the administration has become more concerned about other trade irritants, such as market access for U.S. firms and investors and intellectual property-right protections.

“We know that unfair and inappropriate currency policies have hurt our workers and firms,” U.S. Treasury Secretary Jacob Lew wrote in a letter to lawmakers last month.  Diplomatic efforts , including through the IMF and the Group of 20 largest economies, “are showing real results,” he said, pointing to China’s appreciation of the yuan and Japan’s lack of currency intervention for the past three years. “We agree with the administration that the yuan remains undervalued, and we hope they’ll agree that it’s long past time to do something about it and support our legislation,” said Sen. Charles Schumer, the New York Democrat widely tipped to be the next Senate minority leader.

Sen. Sherrod Brown, a Democrat from the manufacturing-heavy state of Ohio, is also skeptical. “When it comes to China’s monetary policy, it’s usually one step forward then two steps back,” he said.  “That’s why our legislation is so important: signing our bill into law would ensure that companies have the tools they need to seek relief when countries undervalue their exchange rates to gain a competitive advantage.”

Mr. Brown’s fellow Ohio Republican and former U.S. Trade Representative, Sen. Rob Portman, also argues that anti-manipulation measures are needed to protect his constituents from unfair trade practices.  “While this is a welcome report, the senator believes that our trade agreements must include enforceable currency objectives in order to bring lasting reform,” a spokesman for Mr. Portman said.  “Our push is not just about China or just one country. We’re about making currency reforms work in trade agreements,” he said.

U.S. automakers are particularly concerned about the currency policies of Japan and South Korea, countries that the Treasury Department has taken to task in recent years for currency policies that it says unfairly benefit their car exporters.

“If it’s accurate that China’s currency is no longer significantly undervalued, that supports our position of passing the currency CVD bill into law,” said Rep. Sander Levin, whose district right outside Detroit, Michigan, represents several auto-manufacturers. “CVD” refers to the countervailing duties that U.S. companies would be able to apply under the lawmaker’s proposal if a country’s currency was found to be subsidizing exports.

Mr. Levin, the top Democrat in the House Ways and Means Committee, the panel that oversees trade legislation, said IMF’s new yuan assessment is a good reason to include currency disciplines in trade agreements.

Who Is Really Trying to Rewrite the Rules for Trade?

The Outlook: The U.S.-China Disconnect on Trade Deals

Trans-Pacific Partnership – At a Glance