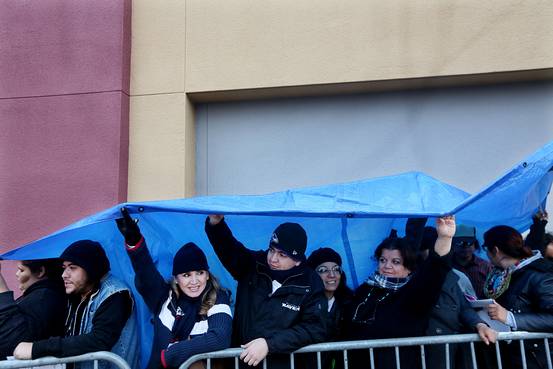 Shoppers cover themselves from the rain while waiting to enter a Best Buy in San Diego in November. Fourth-quarter retail sales have looked weak.
SANDY HUFFAKER/GETTY IMAGES

The Commerce Department’s breakdown of gross domestic product by industry shows broad-based growth through the third quarter of last year. But some of the strongest performers have since faltered, leaving underlying strength of the economy in question through the end of 2015.

The latest report is meant to complement the department’s widely followed gauge of economic output by types of expenditure, such as personal consumption, trade and business investment.

In the third quarter—which ended way back in September—retail trade, health care and social assistance, and agriculture were leading contributors to a 2% gain in GDP. Overall, 15 of the 22 industry groups tracked by Commerce helped the advance. 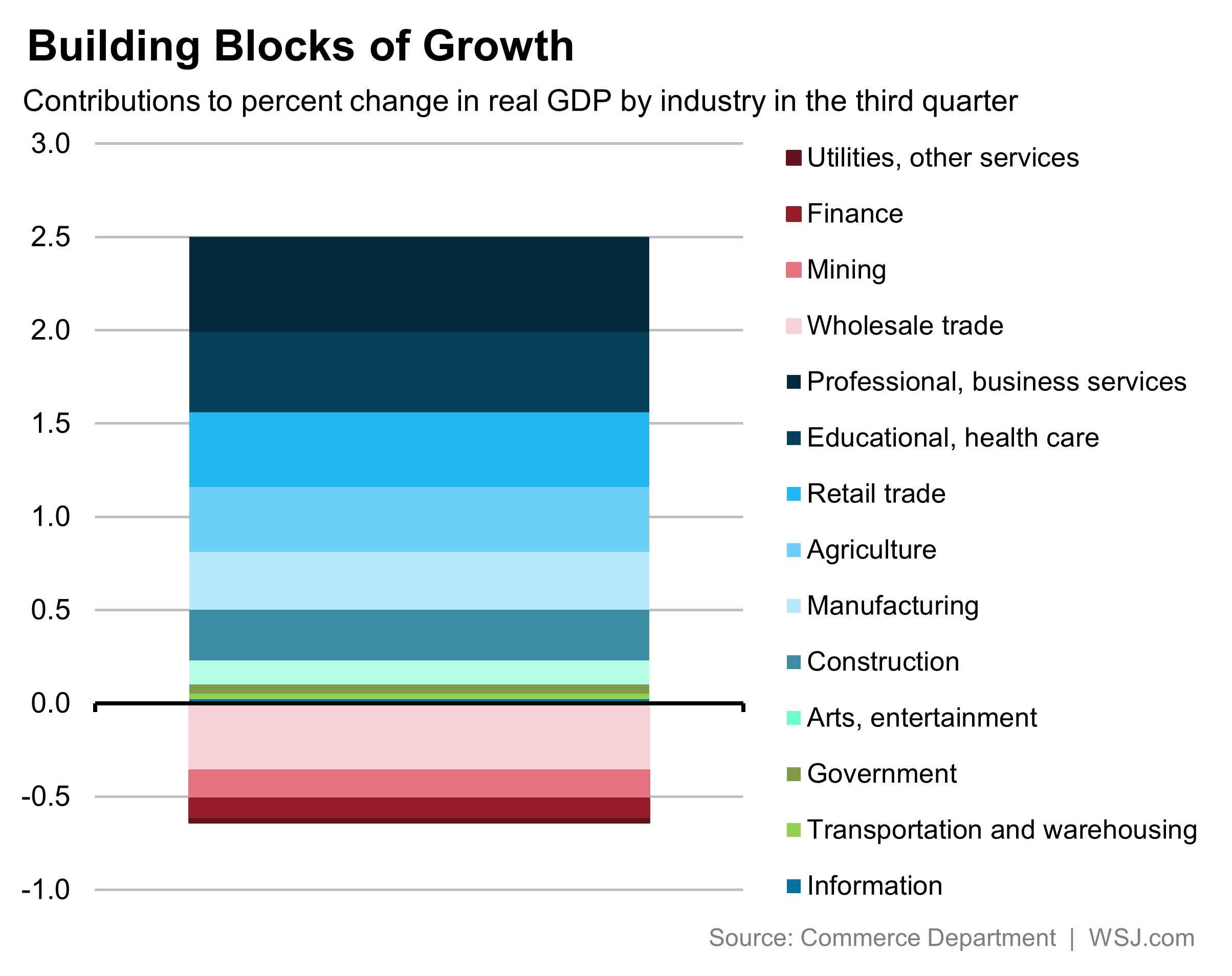 But since, the farm economy has faltered and retail sales numbers have looked weak. Together with other indicators, fourth-quarter forecasts are looking for tepid growth, at best.

According to Commerce, the retail industry’s real value added, a measure of an industry’s contribution to GDP, increased a healthy 7.1% in the third quarter, largely reflecting an increase for general merchandise stores.

But retail sales were flat in October and fell 0.1% in December while inventory accumulation slowed markedly from the third quarter.

Meanwhile, agriculture, forestry, fishing and hunting’s real value added increased 37.5% in the third quarter. The volatile sector has since been buffeted by bad weather and crashing commodity prices, so another quarter of such fast-paced growth is unlikely.

Other big contributions came from service industries such as professional and business services, and goods-producing industries like manufacturers of nondurables (goods designed to last less than three years, such as clothes). While the U.S. service sector has held up and still appears to be chugging along, the factory sector is expected to weigh on fourth-quarter growth.

The report highlights the many crosscurrents affecting the U.S. economy, from weaker growth abroad and soft commodity prices to steady job creation at home and relatively robust domestic demand for a wide array of services.

A Fresh Look at the Building Blocks of Economic Growth