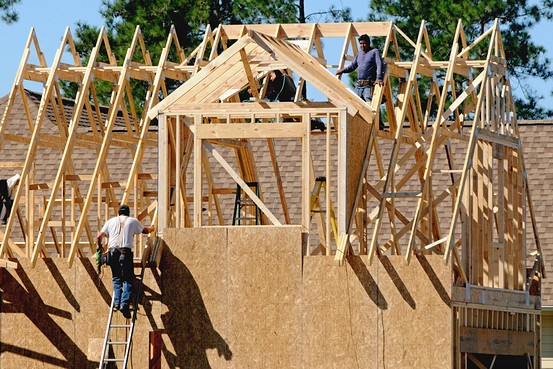 U.S. home values are on pace to conclude another year of strong growth, although the pace is easing up a bit, online real estate marketplace Zillow says.

“Virtually nowhere else will you see gains of more than a trillion dollars in one year represent only single-digit percentages of the total market,” Stan Humphries, Zillow’s chief economist, said in a news release Friday.

Drilling down a bit, Zillow’s data showed that markets hardest hit by the financial crisis and housing downturn a few years back were still posting double-digit gains in value. Leading the way were Houston with 11.5% growth and Atlanta with 10.5%.

Indianapolis was the only market to suffer a year-over-year decline: 2.6%.

The rate of appreciation slowed in the second half of this year as inventory rose in several markets, Zillow said, adding that it expects further slowing next year. The Zillow Home Value Forecast pegs home value growth at 2.4% through November next year.

However, with the job market showing improvement, the firm said it expects more households to form, leading to more demand for homes and apartments. “Housing is well-positioned to continue the great strides already made this year,” Humphries said.