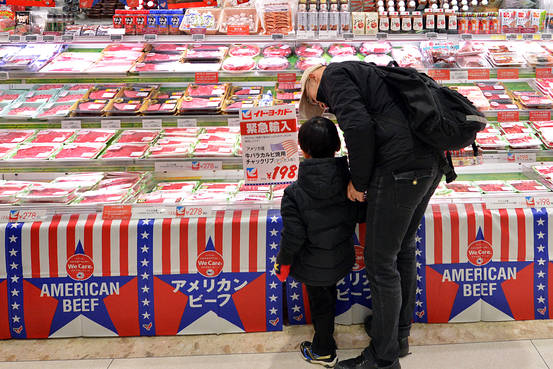 Remember when the U.S. and Japan dominated trade in the Pacific?

It wasn’t so long ago, and the memory is front and center as officials from Washington and Tokyo work on a trade agreement that could give their countries a shot at clawing back some of the trade they lost to China in recent decades.

Beijing’s rise came quickly. The share of Asian countries’ imports from China more than doubled from 2000 to 2014, while the share of Japan and the U.S. in Asian imports approximately halved, according to a study by Third Way, a centrist think tank in Washington that backs trade liberalization. 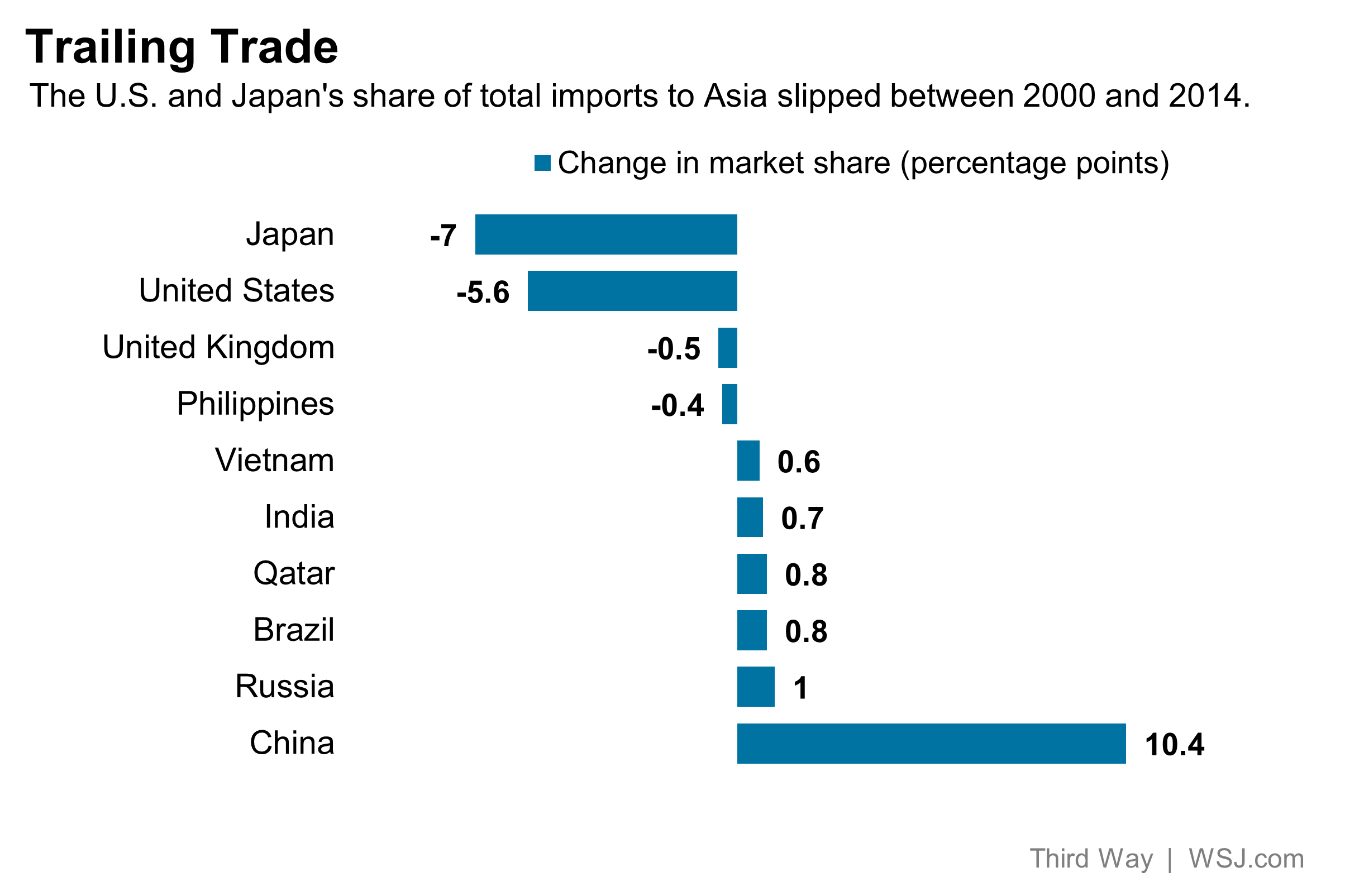 The world’s highly developed economies did boost their shipment of goods to 15 countries in East Asia in absolute terms, but not as fast as China did. Overall, Asia’s total imports jumped to over $1 trillion in 2014, compared with $262 billion in 2000, according to the study.

To slow or reverse their losses, the U.S. and Japan are working with 10 Pacific countries on an agreement known as the Trans-Pacific Partnership that officials say would boost economic growth and spur trade for the countries involved—not including China.

“It’s very fair to say that the TPP is going to increase the U.S. market share,” said Gabe Horwitz, director of the economic program at Third Way. “It’s going to make sure American companies can compete better overseas.”

Ministers from the 12 TPP countries failed to reach a deal last week in Hawaii, but officials are expected to resume high-level talks in late August or September. Ambivalent support in the U.S. Congress and an election season in Canada, the next-biggest economy in the group, aren’t helping the countries solve politically sensitive issues, including regimes protecting dairy farmers and the eligibility of certain automobiles for tariff cuts.

Critics of the TPP say it risks sending American manufacturing jobs to Vietnam, the least-developed country in the group, which could lead to more U.S. imports rather than exports. Still, most leading economists say the deal would increase trade overall.

China wouldn’t be completely cut out of the group. Observers of the TPP talks are waiting to see the so-called rules of origin of the deal, which would allow items to be traded duty-free around the group even if they have a certain amount of content coming from outside countries, including China.

Beijing has expressed interest in the talks, and officials from TPP countries say China is welcome to join someday—if it agrees to meet the bloc’s standards and obey the rules.

Unlike Past Fracases, These Pacific Trade Talks Are Maui Mellow

Trans-Pacific Partnership at a Glance