U.S. Says It Won a Victory in China Currency Battle. Did It? – Real Time Economics 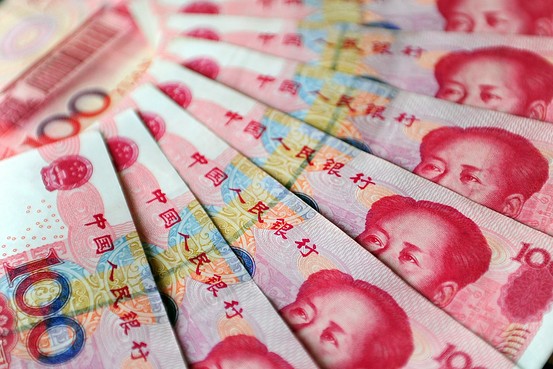 Did this week mark a US. victory or a mere declaration of a truce?
AFP/Getty Images

The U.S. Treasury Secretary and his top aides left Beijing last night thinking they had a won big battle in their effort to get China to strengthen the value of the yuan. China had agreed to reduce intervention in its currency markets to “what are really extraordinary circumstances,” Treasury Secretary Jack Lew told reporters in a briefing at the end of the two-day Strategic and Economic Dialogue before he jetted home.

The U.S. side credits what it sees as a turnaround in China’s policy, in particular, to People’s Bank of China governor Zhou Xiaochuan, who is clearly a leader of the reformist faction and who has regularly said he would like the currency to reflect market forces. It’s true that Mr. Zhou’s influence is on the rise. But it’s also clear that he doesn’t set monetary policy in China. As Mr. Zhou is quick to acknowledge, the PBOC isn’t independent and he is one voice among many senior leaders.

A decision to bar intervention and let the yuan rise and fall with the market would be one of the most significant in recent Chinese economic history and would certainly need the approval of the government’s top decision-making body, the State Council, and perhaps China’s real rulers -– the seven-member Politburo Standing Committee.

It’s become vogue in Beijing to talk of reform. Even the Communist Party has committed to the market playing a “decisive” role in economic decision-making. Yet economic reform has moved achingly slowly over the past year, particularly when compared to the vigor and sweep of the Party’s anti-corruption campaign.

Advisers to the PBOC say it’s tough to push reform and that there are many factions stacked against the central bank, even if the opponents don’t make their case in public –- and especially not to visiting Americans. Given the politics, Mr. Zhou has had to act carefully. For instance, when the PBOC earlier this year widened the band in which the yuan could trade (a favorite goal of reformers), it then proceeded to intervene regularly to push down the value of the yuan (something opponents of reform were happy to see). China watchers say one reason for this pattern is that Mr. Zhou had to show that reform wasn’t incompatible with the goal of boosting the economy in the short run.

During the Strategic and Economic Dialogue, senior Chinese officials took pains to say they weren’t giving up intervention. “When conditions permit, the PBOC will gradually reduce intervention,” Mr. Zhou said at a briefing. That formulation made it into the final statement of the two nations: China would “reduce foreign-exchange intervention as conditions permit,” the statement said. Trouble is, there was no definition of the conditions, meaning they could be either political or economic conditions, or whatever the Chinese deemed them to be. The loophole is about as large as the Pacific Ocean.

Finance Minister Lou Jiwei, who is taking on a Joe Biden, tell-it-like-it-is kind of role in Chinese politics, was blunter. “It is very difficult for us to completely refrain from foreign exchange market intervention,” he said in a Wednesday briefing.

Eswar Prasad, a former International Monetary Fund China hand who now teaches economic at Cornell University, explained the state of play of the U.S.-China currency wars. “The statement is essentially a declaration of a truce on the currency issue in a manner that is seen as acceptable to domestic political constituencies on both sides,” he says.

All this isn’t to say China won’t some day let its currency rise and fall along with market forces, similar to what the U.S. does. But when that day comes, it will be because of an agreement among China’s most senior leaders, not because of anything the U.S. manages to persuade officials to say.