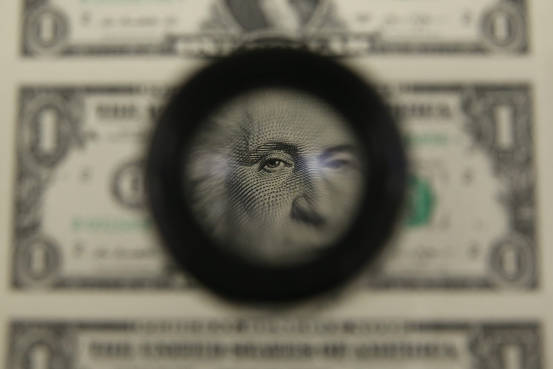 Here are excerpts from the report:

Although GDP growth appears to have slowed in the first quarter of 2015, in part reflecting the temporary effects of severe winter weather, an array of economic indicators suggests that the underlying momentum of the recovery remains intact and growth is expected to remain strong through the end of this year.

In contrast to solid U.S. performance, global economic outcomes have been disappointing and remain of concern. Not only has global growth failed to accelerate, but there is worry that the composition of global output is increasingly unbalanced. Weak global growth importantly reflects an insufficiently comprehensive mix of macroeconomic policies in some key countries, which leaves substantial scope for efforts to support domestic demand.

The key priority for the euro area is to bolster domestic demand growth. In the face of ongoing disinflation, the European Central Bank (ECB) has taken forceful steps to support growth and combat downward price pressures. Complementing these monetary measures with supportive national fiscal policies, and appropriate structural reforms, would help deliver the strongest boost to domestic demand.

Stronger demand growth in Germany is absolutely essential, as it has been persistently weak. Germany’s relatively low unemployment and recovery to pre-crisis output has relied heavily on increased exports outside the euro area.

Going forward the government needs to deploy all three policy levers – fiscal, monetary, and structural – to secure a balanced and durable recovery and ensure monetary stimulus is appropriately supporting the growth of domestic demand. Overreliance on monetary policy without appropriate support from fiscal policy and structural reforms will put Japan’s recovery and escape from deflation at risk and could generate negative spillovers.

China’s currency needs to appreciate to bring about the necessary internal rebalancing toward household consumption that is a key goal of the government’s reform plans and necessary for sustained, balanced global growth. While China has made real progress, with its real effective exchange rate appreciating meaningfully over the past six months, these factors indicate an RMB exchange rate that remains significantly undervalued.

After reducing their presence in the foreign exchange market from August through November, Korean authorities appear to have substantially increased intervention in December and January, a time of appreciation pressure on the won. Refraining from intervention and allowing more space for won appreciation would help with rebalancing and encourage a reallocation of productive resources to the non-tradables sector.

Treasury Calls on Core Eurozone Economies to Do More for Growth (Oct. 15, 2014)