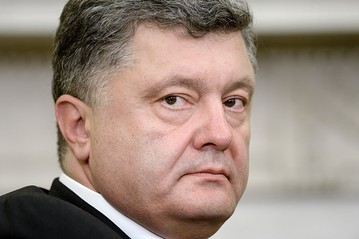 That’s the view of Lubomir Mitov, chief Europe economist for the Institute of International Finance, a global banking group. “The economic situation has deteriorated sharply; it is close to disastrous,” said Mr. Mitov. “The IMF program has to be redone, has to be extended for three years at least.”

He estimates Ukraine faces a financing hole of $13 billion to $15 billion through next year even if a ceasefire between Kiev and Russia-backed separatists holds.

The IMF earlier this month said the country needs at least $3.5 billion more than originally planned to keep it afloat through the end of next year. That amount could rise to $19 billion if the civil war continues, the fund said. That’s on top of the $30 billion global bailout program the IMF is already spearheading.

But Mr. Mitov, who recently returned from the war-torn country, says the needs are far larger than the IMF’s public assessment.

The IIF expects the economy will contract at a double-digit pace this year, down from its previous estimate for an 8% contraction, based on the presumption of a prolonged stalemate with the separatists. He estimates Kiev’s budget deficit will hit 12% this year and banking recapitalization needs are likely to be more urgent and much larger than the $4 billion detailed by government officials. Major Ukrainian manufacturing infrastructure is damaged or offline, Kiev’s budget is suffering from weak revenues and rising military costs and the country’s devalued currency is still wreaking havoc on the financial system.

All that means the IMF will likely be forced to overhaul its bailout in the near-term, he said, with initial talks are expected at the upcoming IMF meetings in Washington next month.

Many analysts say a decision is more likely after the national elections scheduled for late October.

Mr. Mitov said Europe needs to cover most of the new financing costs, matching its geopolitical rhetoric and trade agreement with cash support.  The bulk of Europe’s commitments so far are for project financing, which doesn’t meet Kiev’s near-term cash-flow needs. “This is the time you have to bite the bullet and help them,” he said.

Although numerous economists and analysts say a debt restructuring is needed, the IIF economist said it’s still unclear whether there’s sufficient political will for a voluntary re-profiling — an extension of bond maturities — needed to put the country’s finances back into the black.