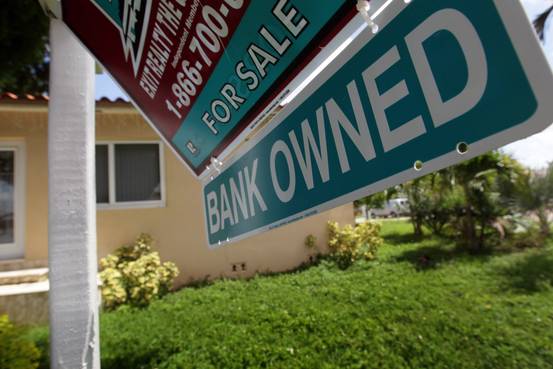 Underwater homeowners–one of the hallmarks of the housing crisis–are starting to get out from under their loans, and now the trend is increasingly reaching the lowest-priced properties.

The underwater rate has fallen by more than half from its peak of 31.4% in the first quarter of 2012, according to Zillow, driven largely by the strong rebound in home prices, as well as by foreclosures and short sales. Zillow said that 19.3% of condominiums with a mortgage were worth less than the loan. 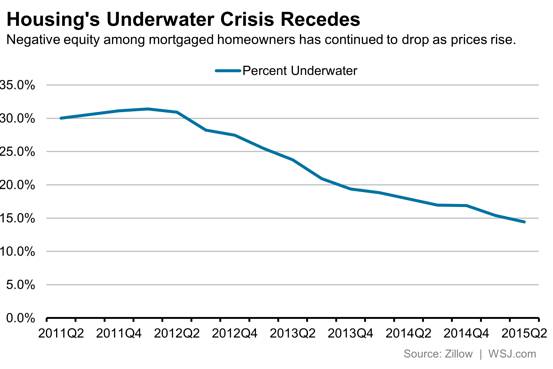 Having fewer homeowners underwater is a big benefit for the housing market, because it reduces the likelihood that owners get foreclosed upon and frees up home inventory that otherwise might not come up for sale.

Despite relief from negative equity broadly, certain low-priced neighborhoods suffered worse during the crisis and have taken longer to rebound, leaving some low-income homeowners hurting while more affluent homeowners shake off the bust.

But Zillow on Thursday said that improvement in the lowest-priced third of homes is now what’s driving the bulk of the reduction in negative equity. About 24% of homeowners with a loan among the bottom price tier were underwater in the second quarter, down from 25% in the first quarter.

Las Vegas (25%), Chicago (22%) and Atlanta (20.9%) had the highest negative equity rates among large metro areas in the second quarter.

Why a New Mortgage-Reduction Program Is Likely Too Little, Too Late

As Home Prices Rise, the Foreclosure Crisis Continues To Recede