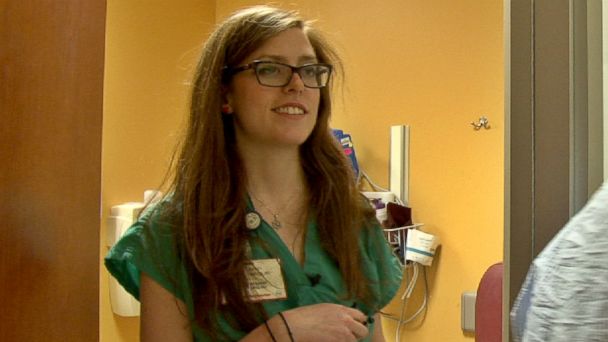 When I agreed to participate in the documentary series “NY Med,” I made the resolution that I would be my honest self. I figured the world didn’t need another medical hero, but rather to see a decent, analytic, and somewhat goofy person behind that prototypical authoritarian visage we often have of our health care professionals.

I cruised into my clinic at New York-Presbyterian Hospital/Weill Cornell Medical Center on the first day of filming. Wearing my most beaten-up hospital clogs and an unmatched sock situation that can only be excused by my pre-dawn dressing hour, I was patting myself on the back. “Courage and realism, doc Winter! Good Job. You look gritty.”

A patient arrived, and consented to filming. With the subtle, quiet eye of the camera upon him, he looked at me and said bluntly, “Well, I think I have a small penis.” Courage and realism — suddenly my unmatched socks seemed not so provocative.

Over the weeks of filming that ensued, a number of men came to my office hours, able to bare their souls and bodies. Despite potential mass media coverage, they spoke of erectile dysfunction, cancer and incontinence with respectably brazen candor.

As much as I thought participating in “NY Med” would be an exposé of myself, it became an exposé of these patients. Discussing erectile dysfunction and intimacy with the world was not hard for them; in fact it seemed to come naturally. And I began to wonder if this was a statement of pride, an intimation that as we live longer and with chronic illness, we must acknowledge, understand, and celebrate sexual health in all its ages, sizes, functions and forms.

The Dove Campaign for Real Beauty highlights the wonder of a woman’s body in many sizes above “0.”  ”NY Med” casts a wonderfully impromptu group of patients on an open stage, and the result was a (perhaps unintentional) “campaign” for real sex. “NY Med” crashed the closed circuit of medical literature, where physicians tell ourselves what we think is important. I saw my patients through a brave new lens, and I’m thrilled and awed by the experience.