Hidden in veterans’ better jobless rate is an entirely different reality for those who have served since Sept. 11, 2001. 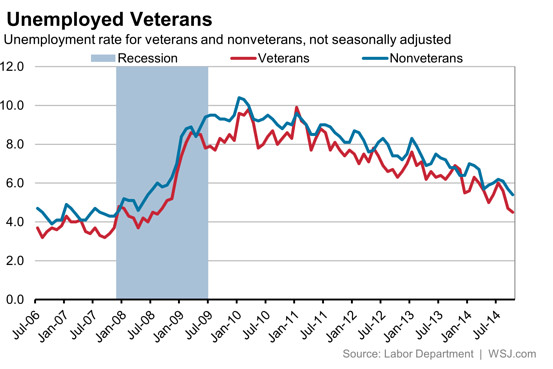 But not all is rosy for veterans returning home, especially in recent years. In September 2008, the Labor Department began breaking out unemployment statistics by the period in which veterans served. And the rate for veterans who served in the military from September 2001 to present has been persistently elevated. 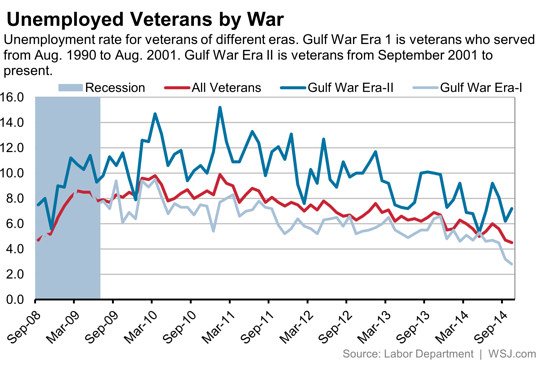 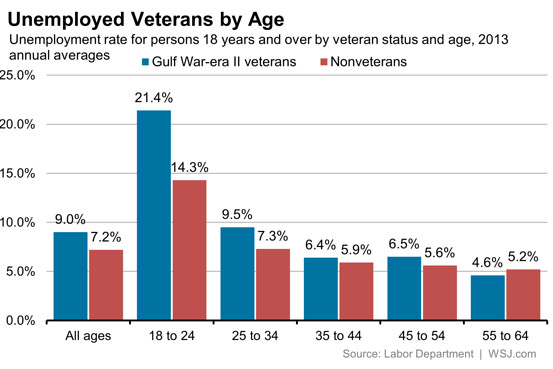 The Labor Department data show that nonveterans age 18 to 24 had an unemployment rate of 14.3%. But for veterans of the same age, the rate was 21.4%. The gaps persist, for recent veterans, in every age group until those over 55. Even as the overall labor market continues to improve, the unemployment rate of veterans reveals an economic weakness in the country that is far from healed.