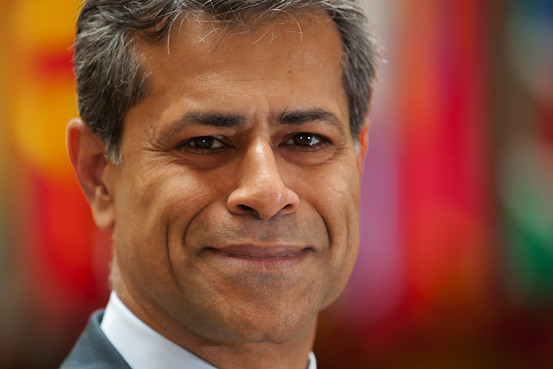 HANOI—Vietnam has managed to maintain stable macroeconomic conditions over recent years, with low inflation and a gradually accelerating economic growth.

The Southeast Asian country recorded gross-domestic-product growth of 5.98% in 2014, beating the government’s initial target of 5.8%, and higher than the 5.42% rate recorded in 2013. Inflation, meanwhile, was at its lowest level in decades at 1.84%, helped by falling global oil prices.

But its public debt has risen to levels that have raised concern, while the efforts to clean up non-performing loans in the banking system still face hurdles. Recent equitizations of state-owned enterprises have raised questions about the extent of improvement in governance and operations that can be achieved with the very constrained private-sector participation.

The International Monetary Fund’s resident representative for Vietnam, Sanjay Kalra, recently spoke to The Wall Street Journal about the economic situation in Vietnam and what needs to be done for the country to achieve sustainable growth in the years ahead. Here are some edited excerpts.

WSJ: What is your view on Vietnam’s current economic conditions?

SK: Stable macroeconomic conditions have been in place now for over two years. Inflation has been in single digits for an extended period, aided by the substantial decline in global oil prices in late 2014. Real GDP growth has been recovering gradually and was around 6% in 2014, supported by robust exports and foreign direct investment. Domestic demand has also recovered somewhat, with higher capital formation and a slight rebound in consumption. There are also early signs that the real-estate and construction sectors, which have been lagging, are rebounding. The exchange rate continues to be stable, the external current account balance is in surplus and international reserves have increased since their low levels in mid-2011.

Several international rating agencies have recognized these achievements and upgraded Vietnam’s sovereign rating. Vietnam also re-entered the global bond market with the issuance of $1 billion in sovereign debt, at favorable terms, in 2014. But higher budget deficits and guarantees on state-owned enterprises (SOEs) borrowing have led to an increase in public and publicly guaranteed debt to levels that have raised concerns.

Progress is being made in the structural reforms, but the pace needs to accelerate and much remains to be done to reform the banking sector and SOEs. More specifically, for 2015, several bank mergers are planned, and this would reduce the administrative burden on the State Bank of Vietnam (SBV). However, while the merger of weak banks solves immediate problems, a comprehensive reform—which reduces NPLs (non-performing loans) in the banking system credibly, raises capital buffers, and improves profitability—needs to be articulated and implemented on an accelerated timetable. As regards SOEs, the equitization plans of the government are welcome. But equitizations need to be meaningful. Recent equitizations, especially in large SOEs, have raised questions about the extent of improvement in governance and operations that can be achieved with the very constrained private-sector participation. In addition, eliminating privileged access that SOEs currently have to productive factors—in particular land and bank funding—would help level the playing field vis-à-vis the private sector.

WSJ: Should Vietnam further ease its monetary policies to boost growth this year? If so, by how much?

SK: With the decline in headline inflation and the current low levels, commercial banks have already taken action to lower the structure of interest rates in the banking system. Moreover, the SBV has maintained a supportive monetary stance with ample liquidity in the banking system, as a result of which interbank rates have been lower than the policy rate for all of 2013 and 2014. While lower inflation may have created some room for further reduction in the policy rate, the reduction can only translate into credit growth if banking-sector problems are addressed.

WSJ: How is Vietnam affected by falling oil prices?

SK: Vietnam is expected to benefit from the decline in global oil prices through several channels. First, a lower oil price is expected to raise real income and consumption. Second, it is expected to lower the cost of production of final goods, thus raising investment and firm profits. Third, it would contribute to lower inflation. Fourth, the trade balance is expected to improve. At the same time, budget revenue from oil consumption would go down. For Vietnam, some tax rates have been increased to offset the impact of lower prices on the budget.

WSJ: Vietnam said it is diversifying its markets to avoid relying too much on a single market, what’s your view on this and what is your advice for the country?

SK: The completion of several free-trade agreement (FTA) negotiations by Vietnam in 2014 is an impressive achievement. In addition, Vietnam has made a strong commitment to the AEC (Asean Economic Community) and the TPP (Trans-Pacific Partnership). These FTAs and trading arrangements will provide additional opportunities for Vietnam in the form of freer flow of goods across national boundaries, and hence access to a larger market and demand. It would also help increase supply to the domestic market, at potentially lower prices, which would be beneficial to consumers. At the same time, there will be challenges related to increased trade competition. To successfully meet these challenges, Vietnam needs to further improve its institutional structures and raise productivity. These improvements would help to lower the labor and non-labor cost of production and raise the attractiveness of Vietnam as an investment and business destination. In particular, preserving macroeconomic stability—keeping inflation low, maintaining a stable exchange rate and further raising confidence in the dong—will provide a strong foundation for enhanced gains from trade.

WSJ: What is your view on Vietnam’s bad debt?

SK: The Vietnam Asset Management Co. (VAMC) has been active in purchasing NPLs from banks, but the pace needs to be accelerated. Banks have an extended period to provision against NPLs sold to the VAMC, while significant legal hurdles remain for the transfer of loan titles and collateral which impede NPL resolution. To move this process forward quickly, the VAMC needs greater authority over the disposition of collateral, and legal impediments to disposition of collateral in the distressed-asset market need to be resolved. The VAMC also needs a larger pool of resources—financial and human—to process NPLs that enter the distressed assets market. Such a market, in turn, needs enough buyers and sellers to be functional, and may need external participation and expertise.