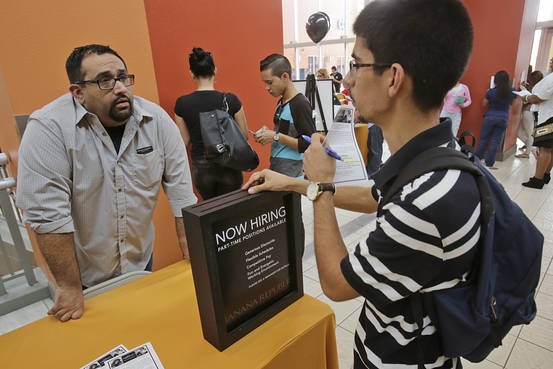 The number of Americans who voluntarily quit their jobs in November climbed to the highest level since April 2008, as 2.8 million Americans left an employer.

The figure, from the Labor Department’s monthly Job Openings and Labor Turnover Survey, is seen by many economists as a barometer of economic health. In a stronger economy, workers are more likely to voluntarily leave their jobs and in a weaker economy they are more likely to be laid off. 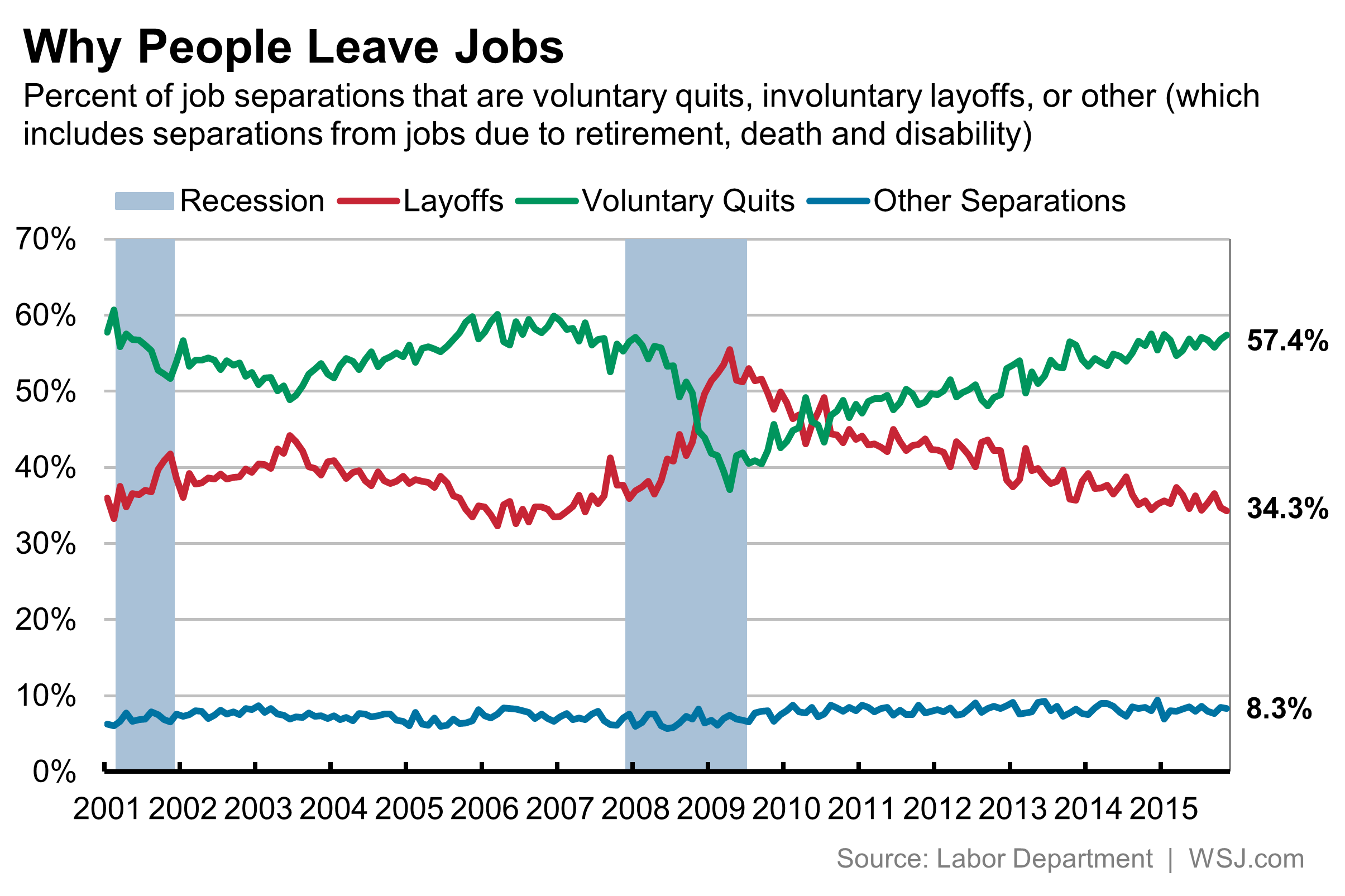 The report also tracks the monthly pace of hiring, firing and job openings, which were little changed this month. Each month, millions of jobs are posted—there were 5.4 million open jobs at the end of November—and millions of people start a new job, quit an old job, or are laid off. When hiring exceeds job separations, then the total number of jobs in the economy is growing. That figure for monthly job creation is revealed in a separate report from the Labor Department, published last week.

This report on the economy’s churn shows a labor market that has yet to fully return to its prerecession vigor. The monthly levels of quitting and hiring remain below peaks of the mid-2000s and significantly below levels that were recorded before the recession of 2001. The monthly level of job openings, however, has reached a new peak, with over five million jobs posted since February.

On the one hand, that’s good news, signaling that many jobs are available. During the recession there was only one job posted for every seven unemployed people. As of November, there was one job for every 1.5 unemployed people. On the other hand, while job openings are at record levels, the pace of hiring remains subdued as employers are not actually filling many of their posted positions. 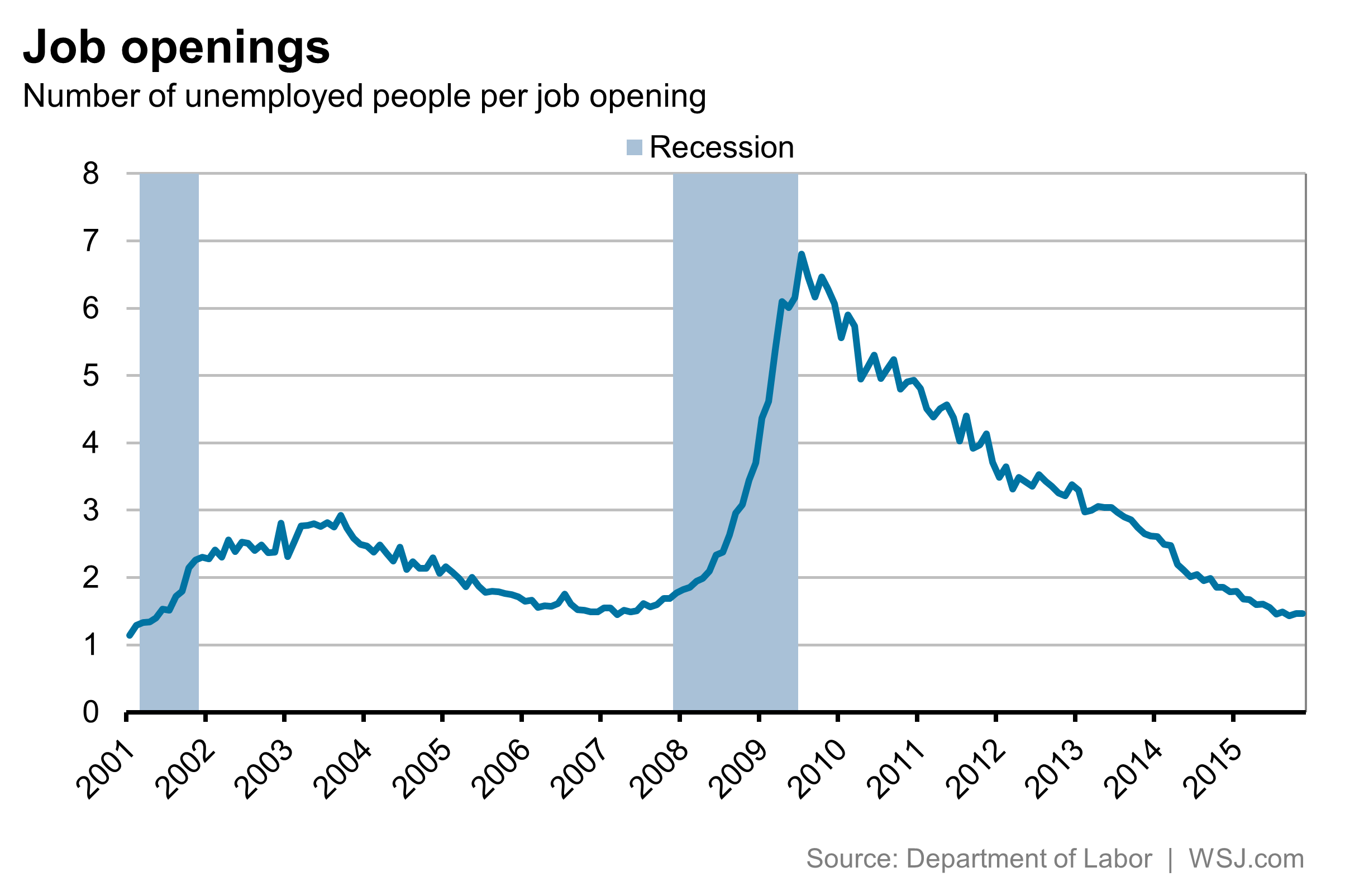 Hiring, Firing and Quitting Have Finally Gotten Close to Where Janet Yellen Wants Them