Waiting for the U.S. to Become a “Majority-Minority” Nation? You’ll Have to Wait A Little Longer – Real Time Economics 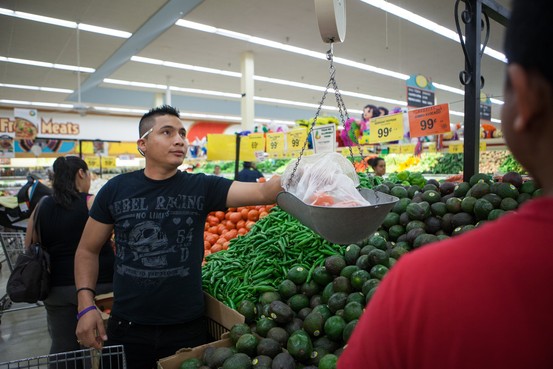 Amarildo González entered the U.S. from Guatemala last year. He says his two jobs pay much more than he made back home.
Ilana Panich-Linsman for The Wall Street Journal

Minorities are fast becoming a potent force in American society and politics, but when it comes to becoming the majority of the U.S. population, they’ll have to wait just a wee bit longer.

New projections released by the Census Bureau on Wednesday show America’s non-Hispanic white population will cease being the majority in 2044—one year later than previous projections.

Possible factors behind Census’s slight tweak are reduced projections for immigration and fertility among minorities already here in coming years.

“The U.S. population will continue to grow and become more diverse, albeit at a somewhat slower pace that previously projected,” says University of New Hampshire demographer Ken Johnson.

America’s non-Hispanic white population is barely growing, he notes, and will start declining absolutely between 2025 and 2030. A big factor is aging, which reduces fertility and increases deaths.

The share of the foreign-born in the U.S. population is expected to rise substantially in coming decades. Of course, America’s share of immigrants has been growing for some time. In 1970, it was just 4.7%. The latest projections are interesting, however, because they suggest immigrants will eventually exceed even the historically-high levels seen in the late 19th and early 20th century.

“This is clearly going to be a century where minorities and immigrants dominate our growth,” Brooking’s Frey says.

Wave of Immigrants to U.S. Resurges

America Is a Nation of Immigrants, But Not the Way It Used to Be