Florida health officials are warning beachgoers about a seawater bacterium that can invade cuts and scrapes to cause flesh-eating disease.

Vibrio vulnificus –- a cousin of the bacterium that causes Cholera –- thrives in warm saltwater, according to the U.S. Centers for Disease Control and Prevention. If ingested, it can cause stomach pain, vomiting and diarrhea. But it can also infect open wounds and lead to “skin breakdown and ulceration,” according to the CDC.

“Since it is naturally found in warm marine waters, people with open wounds can be exposed to Vibrio vulnificus through direct contact with seawater,” the Florida Department of Health said in a statement.

How Hotter Summers Are Putting Swimmers at Risk

The infection can also be transmitted through eating or handling contaminated oysters and other shellfish, according to the CDC. 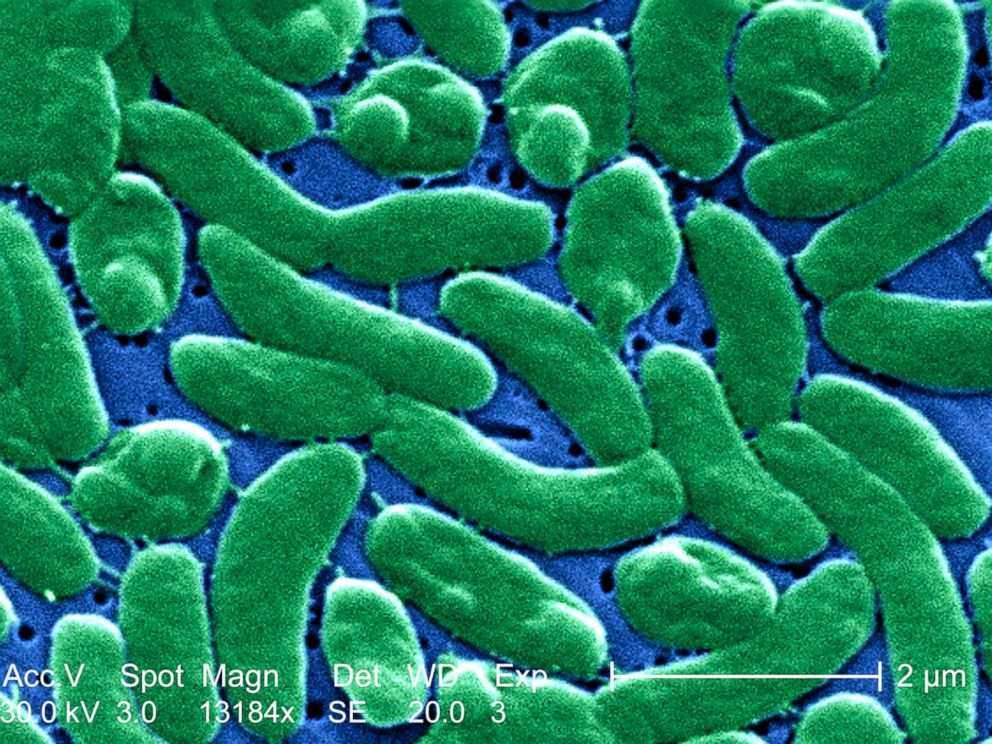 PHOTO: A grouping of Vibrio vulnificus bacteria is pictured in this micrograph.

At least 11 Floridians have contracted Vibrio vulnificus so far this year and two have died, according to the most recent state data. In 2013, 41 people were infected and 11 died. The proportion of skin and gastrointestinal infections in Florida is unclear, but a CDC spokesman said the ratio tends to be about 1-to-1.

Florida isn’t the only state to report Vibrio vulnificus infections. Alabama, Louisiana, Texas and Mississippi have also recorded cases, and a 2013 outbreak linked to contaminated shellfish sickened at least 104 people in 13 states, according to the CDC.

Most people who contract a Vibrio vulnificus infection recover with the help of antibiotics, but severe skin infections may require surgery and amputation, according to the CDC. People with weakened immune systems are also at risk for blood infections, which are fatal about 50 percent of the time, the CDC notes.