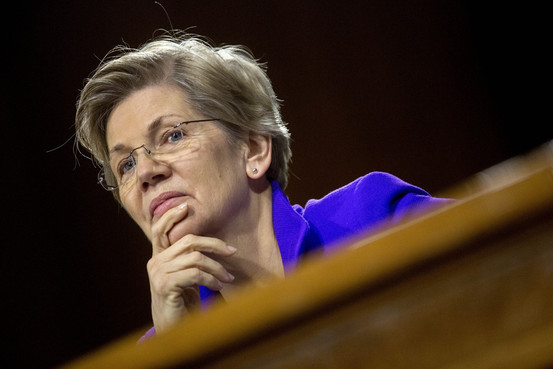 The Federal Reserve has a lot of fires to put out on Capitol Hill, and Sen. Elizabeth Warren just started another one.

The Massachusetts Democrat urged the central bank Tuesday to strengthen a rule curbing its emergency-lending powers. “If the Fed fails to do that, I believe Congress should act,” Ms. Warren said at a Senate Banking Committee hearing on potential changes to the Fed’s operations and structure.

The rule, required under the 2010 Dodd-Frank law, is designed to limit the Fed’s ability to provide emergency support to individual financial firms, as it did on a large scale during the 2008 financial crisis.

But Ms. Warren and other lawmakers—including Sens. Sherrod Brown (D., Ohio) and David Vitter (R., La.), and Rep. Scott Garrett (R., N.J.)—have complained the rule proposed by the Fed in December 2013 falls short of what Congress intended. The rule has not yet been finalized.

In an Aug. 18 letter to the Fed, the lawmakers recommended the Fed establish a clear time limit for how long a financial firm can rely on emergency support, establish procedures for winding down emergency-lending programs and set limitations and a penalty rate on lending terms.

Ms. Warren reiterated the letter’s recommendations at the hearing Tuesday.

“This is a critically important aspect of Dodd-Frank that the Fed has just glossed over,” she said. “If big financial institutions know that they can rely on the Fed to save them if they start to falter, then they have every incentive to take on more risk.”

Fed governor Jerome Powell opposes putting more restrictions on the central bank’s emergency lending powers. In a speech last month, he defended the Fed’s use of its emergency lending authority during the financial crisis, and said the limitations imposed by Dodd-Frank struck “a reasonable balance.”

“Further restricting or eliminating the Fed’s emergency lending authority will not prevent future crises, but it will hinder the Fed’s ability to limit the harm from those crises for families and businesses,” Mr. Powell said.

Ms. Warren’s call for congressional action comes as the Fed faces a slew of proposals to change its structure and subject its policy decisions to greater scrutiny. This issue she commented on has raised the hackles of both Democrats and Republicans, and could be more likely to attract bipartisan support if a bill emerges.