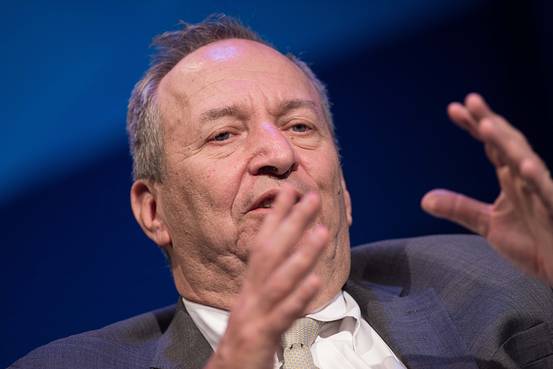 The usually loquacious former U.S. Treasury Secretary Larry Summers is rarely a man at a loss for words, especially on economic matters. But he was stumped at a recent event—at least for a moment.

The Harvard University economist was asked to expound on Matthew 19:24, the Bible passage that says it’s harder for a rich man to enter heaven than a camel to pass through the eye of a needle.

In the airy halls of the National Cathedral, Mr. Summers and International Monetary Fund Managing Director Christine Lagarde this week were exploring “Capitalism and Morality: The Inequality Challenge” with Adi Ignatius, the editor-in-chief of Harvard Business Review.

Mr. Ignatius asked the two economic policy leaders whether the Christian faith is compatible with having vast wealth.

Ms. Lagarde quickly tapped her catechism of old, pointing to the “parable of the talents,” a biblical lesson on the use of personal resources. “It’s how you use it, what you do with it, and what purpose you give to your life as a result which really matters,” the head of the world’s emergency lender said.

All eyes in the cathedral turned to the man who had largely dominated the panel discussion for the previous hour. Mr. Summers had adopted a puzzled pose not too dissimilar from Rodin’s “The Thinker.”

“I’ve been on a lot of panels in my life–a lot of panels–and I have to say as a Jewish economics professor, this is the first occasion, and I frankly hope the last, on which I have been asked to opine on Christian morality.”

A few more “umms” later, however, Mr. Summers was able to regain his composure and his words. He proceeded to walk the congregation through Henry Ford’s revolution of the U.S. economic geography, iPad education, higher taxation on the wealthy and philanthropy.

Q&A: Lawrence Summers and Why It’s Too Early to Raise Rates

Larry Summers to Ben Bernanke: I Hope You’re Right, But…