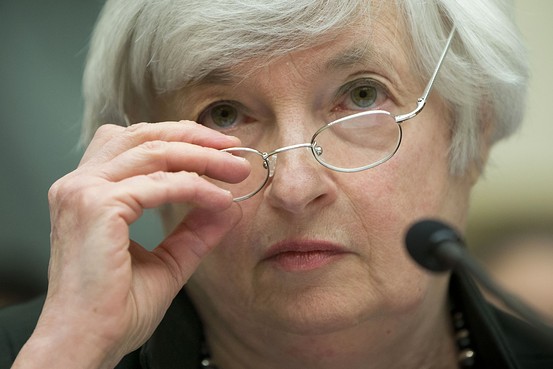 Federal Reserve Chair Janet Yellen in July pushed back against a Republican proposal to require the central bank to make interest-rate decisions according to a mathematical rule.
Pablo Martinez Monsivais/Associated Press

BRETTON WOODS, N.H.—Stanford University’s John Taylor has a new talking point in his lifelong campaign to get central banks to use a rules-based approach in setting monetary policy. His approach, he said, will lead to a world that’s nice. Actually, not just nice, but nice squared.

Mr. Taylor has long been the most outspoken advocate of adjusting interest rates according to a mathematical formula (the most famous such formula was proposed by Mr. Taylor himself and is known as the Taylor Rule). Such rules, he argues, lead to policies that are more predictable and thus lead to better macroeconomic outcomes, namely low inflation and consistent growth.

His new claim: Predictability also leads to an international monetary policy system that’s “near an internationally cooperative equilibrium” (NICE, get it?). Foreign central banks can then predict how their counterparts will behave and respond appropriately, Mr. Taylor said today at an economics conference here sponsored by the Center for Financial Stability.

“International spillover effects have again become a major issue,” Mr. Taylor said. Countries including India and Brazil have complained that Federal Reserve policies have been destabilizing to their economies and have called for greater coordination among the world’s central banks.

In practice, however, central bankers have offered few specific ideas of how cooperation might work. Clearly, giving India a vote on the policy-making Federal Open Market Committee is not an option.

But Mr. Taylor said a major driver of this international instability is unpredictability and surprise. Therefore, rules-based policy would cause “destabilizing capital flows to diminish.”

This would lead to a world that Mr. Taylor dubs nice squared. It would have the macroeconomic outcomes of “non-inflationary consistent expansion.” Mervyn King, the former governor of the Bank of England, coined this usage of NICE to describe the period of low inflation and steady growth in the 1980s and 1990s.

Mr. Taylor’s proposal has gained favor among Republicans, especially in the House of Representatives, who have proposed legislation that would require the Fed to use such a policy rule.

This campaign has not won over Fed Chairwoman Janet Yellen, who has said the bill would be a grave mistake. And it will probably take more than clever wordplay and branding to change her mind.