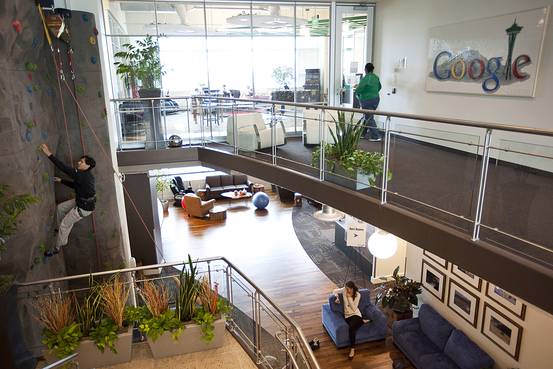 Income inequality has often been attributed to top executives reaping a windfall while their workers’ pay stagnates. As my Capital Account column notes, that story misses something important. There is a growing body of research that finds inequality between firms is more important than inequality within firms at driving the overall pay gap. In other words, the best-paying companies are pulling away from the worst-paying companies.

Yet rising executive still plays a role. The question is, what’s the relative contribution?

A National Bureau of Economic Research paper caused a stir earlier this year by claiming all of the rise in inequality since 1980 was between firms, not within firms, implying executive pay played no role.

The paper, by Jae Song of the Social Security Administration, David J. Price and Nicholas Bloom of Stanford University, Fatih Guvenen of the University of Minnesota and Till von Wachter of the University of California, Los Angeles, looked at a large sample of more than 100 million employees and linked their pay to the average pay within their own firm.

From this they concluded that “virtually all of the rising dispersion between workers” was caused by the dispersion between firms, contradicting Thomas Piketty, author of “Capital in the Twenty-First Century,” and others who say it’s due to the top 1% pulling away.

Several researchers criticized this finding. Marshall Steinbaum at the Center for Equitable Growth noted that their sampling technique could have missed the growth in earnings of the top 0.001% of all earners, and thus understated its role in inequality, both within firms and overall.

Mr. Bloom and his co-authors reran their tests with the entire sample. They found that their original findings largely hold for 99.8% of workers. But the top 0.2% of earners at firms with more than 10,000 employees did see their income grow much faster than other workers at their own firms. This suggests that rising executive pay is indeed part of the story.

Nonetheless, the findings still suggest the predominant driver of inequality is the gap between, not within, firms, which largely corroborates other research. In an NBER paper last year, Erling Barth, Alex Bryson, James C. Davis and Richard Freeman linked data from Census Bureau surveys of establishments, workers and households and concluded most of the rise in inequality from the 1970s to 2010 was driven by differences between firms. In a 2013 paper, David Card, Jörg Heining, and Patrick Kline find that differences between establishments are an important contributor to growing wage inequality in the former West Germany.

This raises an important question: Why are companies growing apart? Mr. Bloom and his colleagues think it might be “sorting.” Firms are becoming more specialized, with the most productive workers gravitating toward the most successful firms.

This may be because new business models have allowed the superproductive to rise above the rest. Or it may be because, as David Weil details in his book “The Fissured Workplace,” companies have increasingly carved out their lower-paying parts through the use of franchises, subcontractors and turning employees into independent contractors. They can they thus focus compensation–whether salary, employee benefits or stock options—on their core employees instead of support staff. That’s good for the employees who remain, not so much for the janitor shifted from the payroll of a high-paying Fortune 500 company to a small, low-paying cleaning company. (And even when they aren’t outsourced, janitors have still seen their pay lag relative to their employers’ better-paid workers, according to Alan Krueger of Princeton University.)

Another possibility is that some firms are becoming more profitable because of high barriers to entry, and they are sharing some of those benefits—what economists call “rents”—with their employees. This is the hypothesis advanced by Peter Orszag and Jason Furman. This could explain why, for example, workers are becoming less mobile. If doing exactly the same job earns you more at company with a dominant market position than one without, you’d be foolish to leave.

This explanation lines up with other evidence of rising corporate concentration. This need not reflect collusion or anticompetitive behavior. As would-be trustbusters have found, the features that make some technology companies so dominant, such as Google’s proprietary search algorithm, are what make so many customers gravitate toward them.

Still, this at least helps explain why some companies, including Alphabet (Google’s parent) can boost pay without any ill effect. By contrast, Wal-Mart operates in a highly competitive industry, and is limited in its ability to pass higher wages on to prices. It has to raise productivity or accept narrower profit margins. Lately, it’s been the latter; when it raised pay for its workers, its stock price was clobbered.

This doesn’t mean Wal-Mart had a choice. If the labor market is genuinely getting tighter, employers must pay more, and we should start to see more of the nation’s income flowing to workers, from software architects to security guards, instead of shareholders.

But those security guards would still be better off at Google.

U.S. Pay Inequality Is Growing More Between Firms Than Within Them, Paper Says