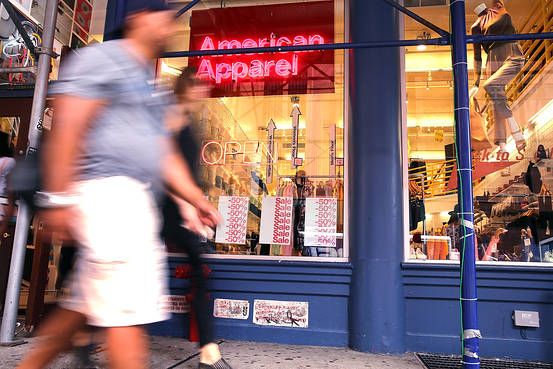 More than half of economists in The Wall Street Journal’s survey said a bump in consumption offered the biggest upside risk to their forecasts.
SPENCER PLATT/GETTY IMAGES

What will it take to get the economy growing at a faster pace?

Since the recession ended, full-year gross domestic product hasn’t advanced faster than 2.5% and has averaged only 2%. Forecasts are only a little better: In the latest Wall Street Journal survey of private economists, the consensus forecast is 2.4% this year and 2.6% next year. By comparison, GDP growth averaged a little over 3% in the 20 years prior to the Great Recession

In the coming months, a free-spending consumer may offer the greatest hope for more rapid expansion. Among economists in the survey, more than half of those responding said a bump in consumption offered the biggest upside risk to their forecasts. (The Wall Street Journal surveyed 64 economists but not everyone answered all questions.)

Consumer spending accounts for more than two-thirds of economic output. And so far this year, household outlays have been solid if unspectacular amid global turbulence. 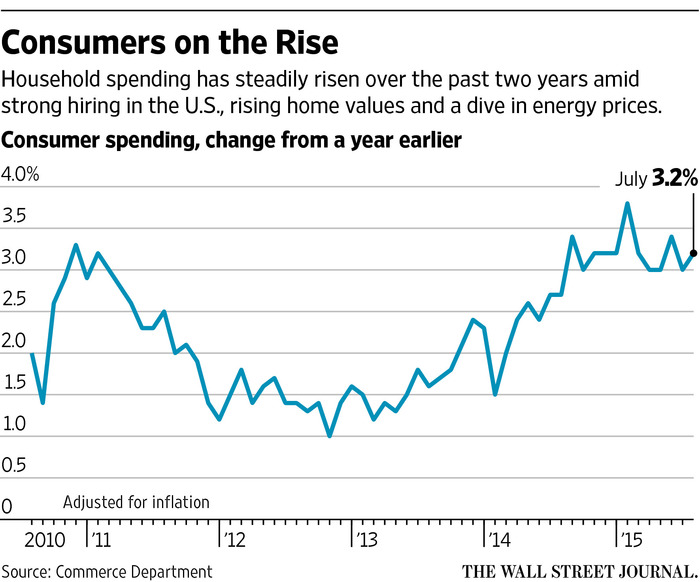 But many economists had been looking for an even brighter mood amid cheap gasoline and steady job creation. Instead, many Americans have boosted savings and the benefits of low oil prices have been mixed.

Why would consumers come out of their shell? Possibilities include accelerating wage gains (which haven’t materialized yet), more hiring, easier access to credit and further declines in gasoline prices.

To be sure, 58% of respondents see a downside risk to their GDP forecasts. That’s partly because there’s a lot going on that could rattle financial markets, squeeze American companies, undermine consumer confidence and muck up the economy.

That includes a sharp slowdown in China, Washington gridlock, a stronger dollar hammering exporters, a swooning stock market and unrest in the Middle East.

“Too many questions remain about China’s economy and how its effect among developed and developing countries,” said Bernard Baumohl, chief global economist at the Economic Outlook Group. Mr. Baumohl, who expects 2.8% GDP growth in the U.S. this year, said risk to his forecast is to the downside.

WSJ Survey: Most Economists Predict Fed Will Stay on Hold in September