When the Superrich Die, Here’s What’s in Their Wallets – Real Time Economics 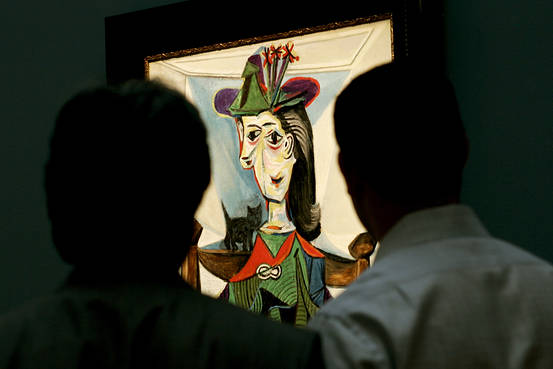 Art makes up 2.5 percent of the biggest estates and just 0.6 percent of those who had between $10 million and $20 million. This Picasso fetched more than $95 million in 2006.
TIMOTHY A. CLARY/AFP/GETTY IMAGES

The superrich are different from the very, very rich. For one thing, they own more art.

Estate tax data recently released by the Internal Revenue Service show what the wealthiest Americans possess when they die—and where the money goes.

First, a few basics. The returns in the data sample were all filed in 2014, which means they came largely from the estates of people who died in 2013. That year, the tax applied to estates of individuals exceeding $5.25 million, with a top rate of 40 percent, up from 35 percent the year before. Estates can deduct charitable contributions and bequests to surviving spouses, who then pay up when they die.

That leaves the very wealthiest sliver of the country. Fewer than 12,000 estate tax returns were filed in 2014, and more than half of those returns didn’t yield any tax for the federal government.

The data break down what assets people hold at death, offering a glimpse into the holdings of the ultrawealthy. They don’t provide much information about all of the ways that wealthy individuals shift assets out of their ownership or all of the convoluted planning maneuvers that can reduce the size of estates before death. People who died with more than $50 million–the top category–were heavily invested in stock and closely held businesses. 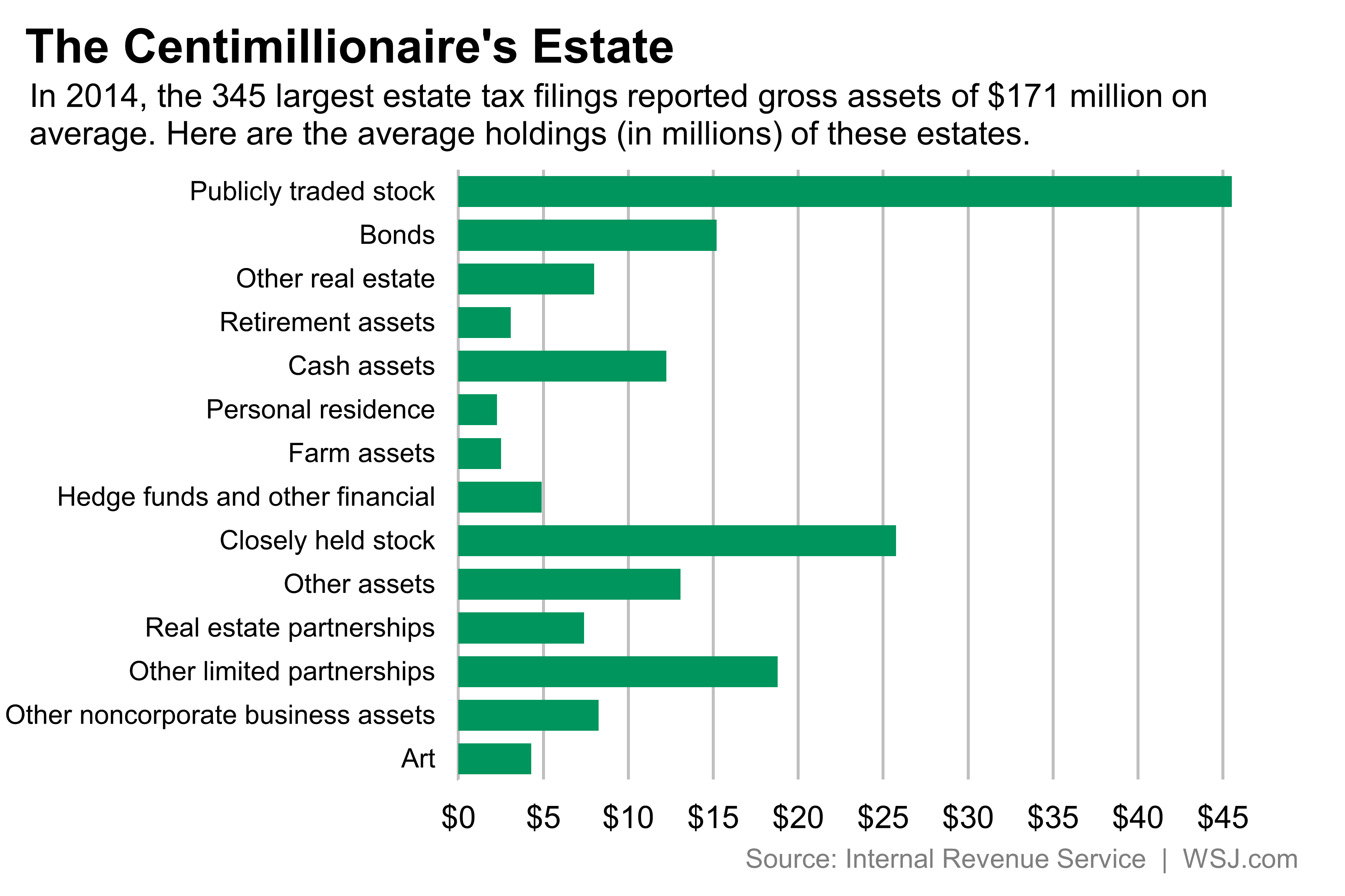 Those who were rich enough to file an estate tax return–but not at the very top–relied much more heavily on retirement accounts such as 401(k) plans and on real estate. 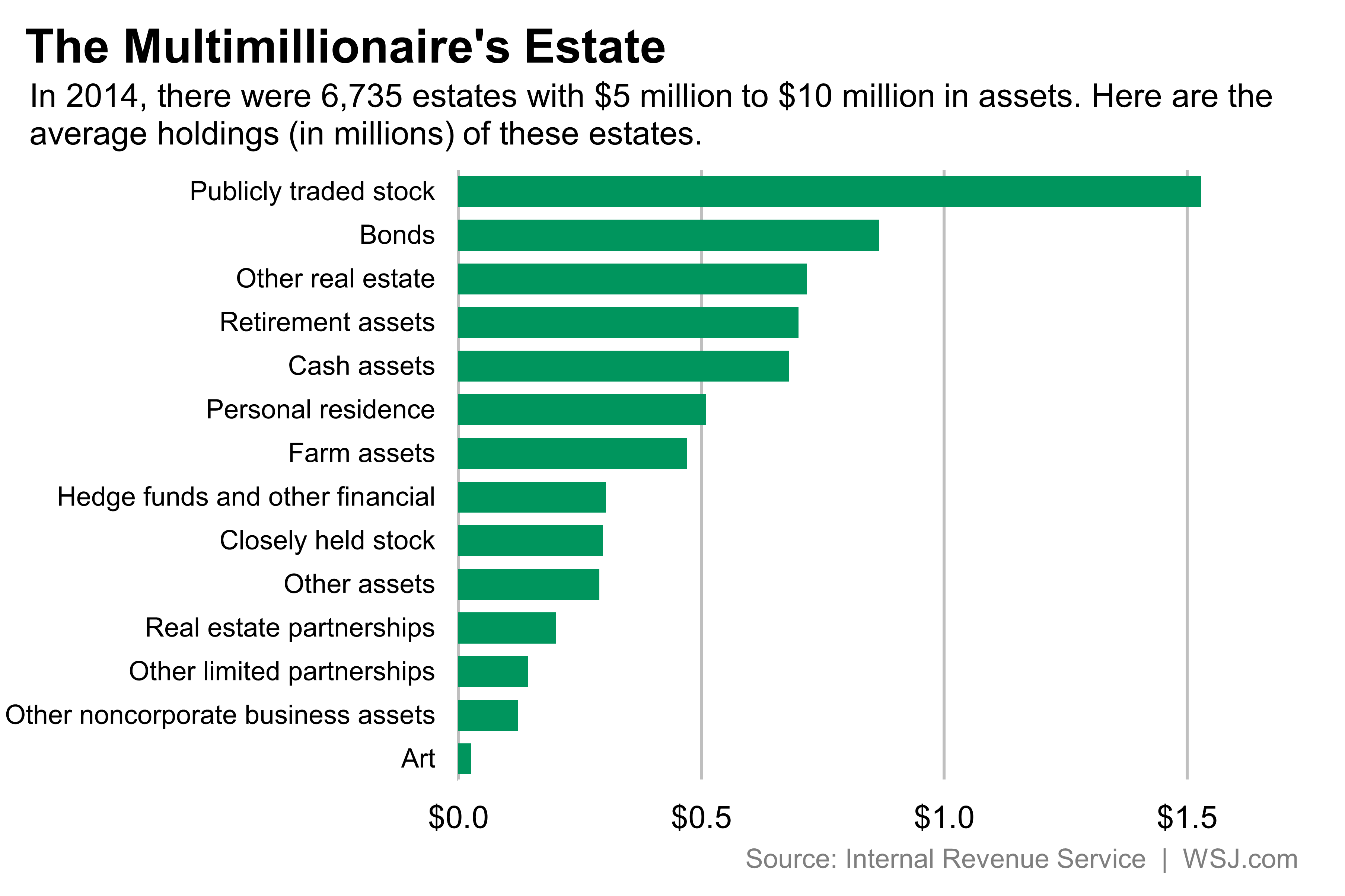 The composition of assets changes as people get wealthier. The merely rich have houses, cash, farms and retirement accounts. The very rich have bonds and real estate. And the very, very rich own art and stock of closely held businesses, often the ones they are trying to pass to future generations. 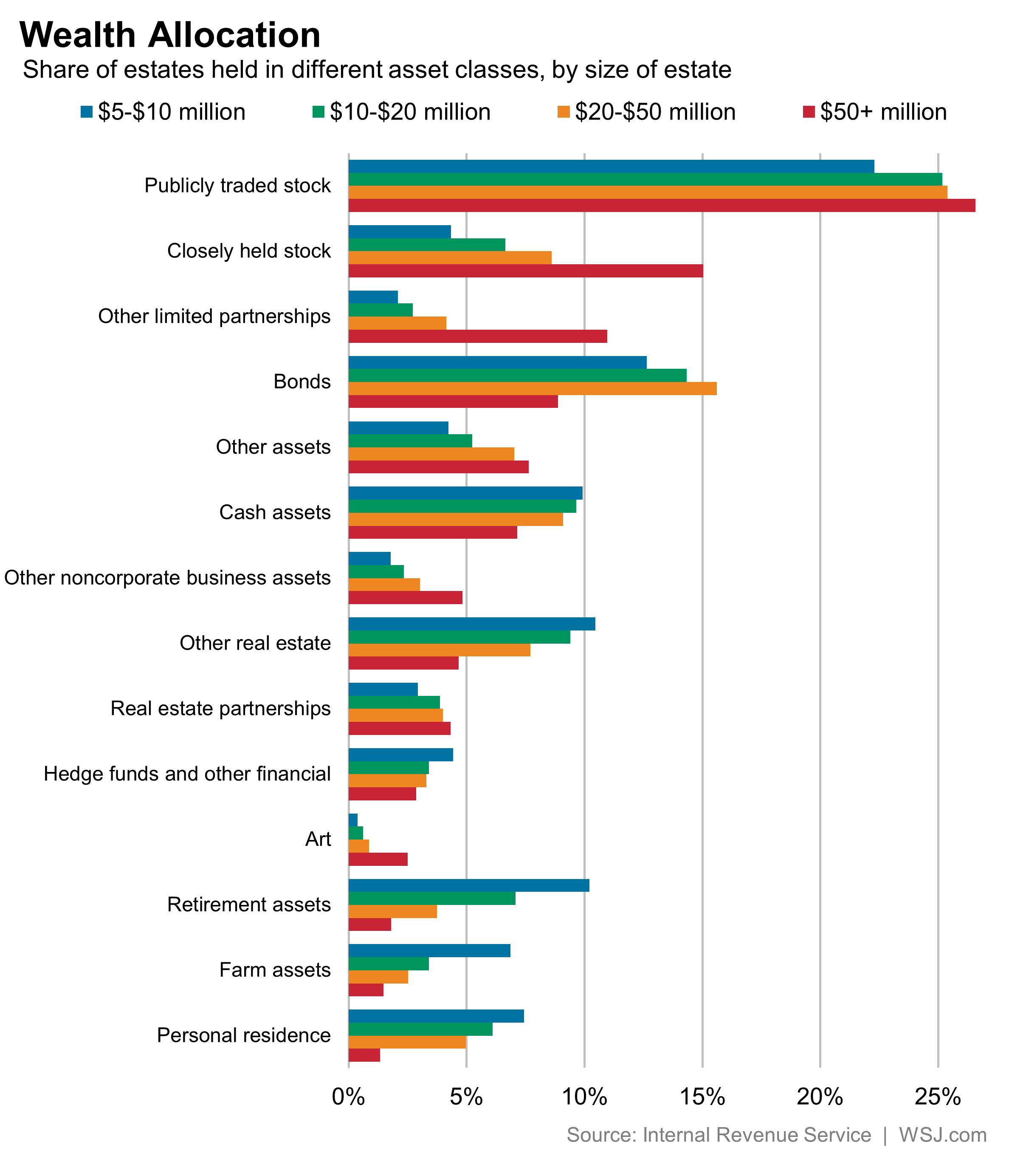 The richest people pass on smaller shares of their estates to their heirs–and it’s not just because of more of their wealth is subject to taxation. They tend to have bigger debts and make bigger charitable contributions. Charities collected $18.4 billion from bequests from the returns filed in 2014, with 58 percent of that coming from just 1.4 percent of estate tax returns. 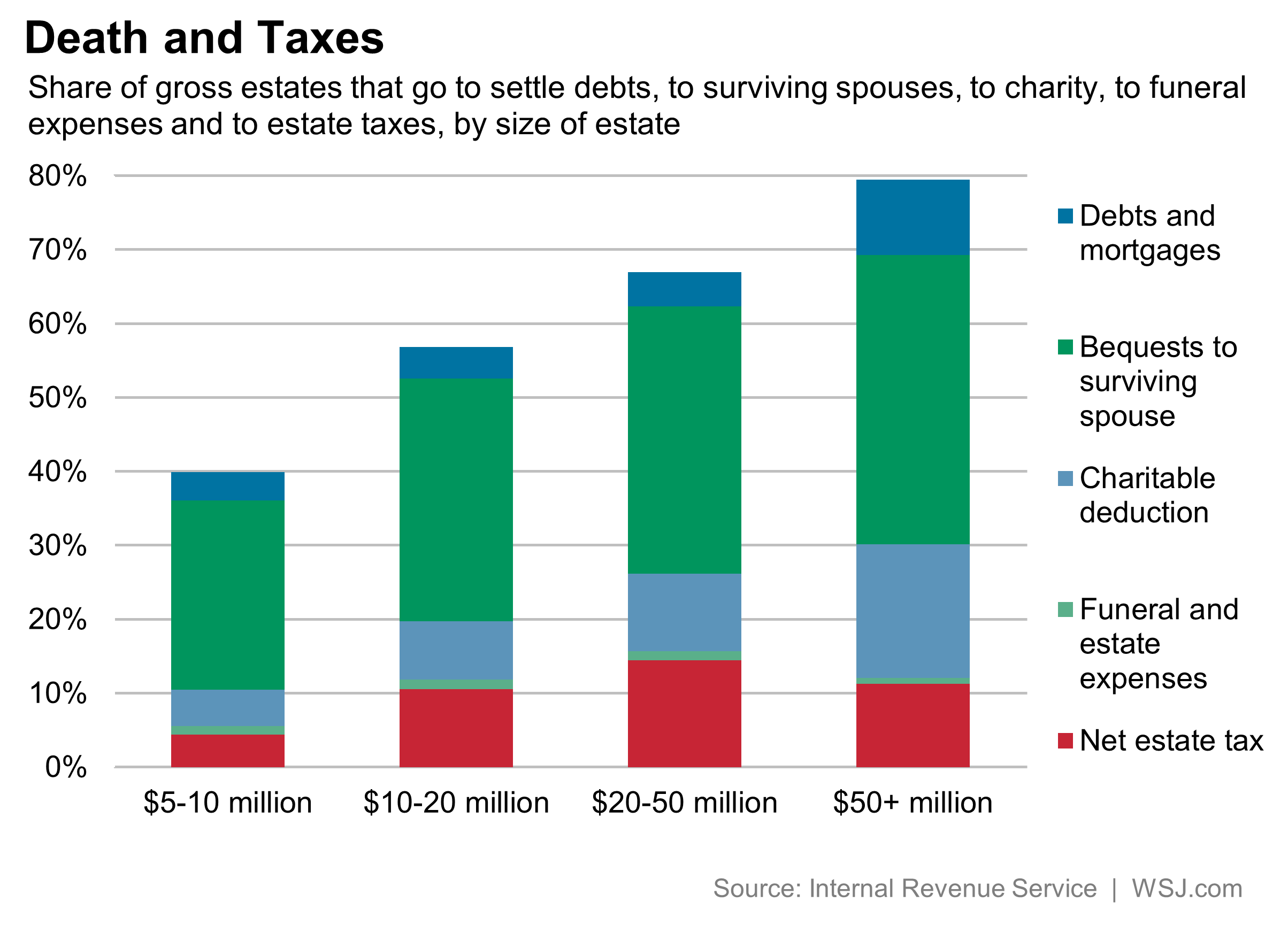 The New Rules of Estate Planning

Death, Taxes and Your IRA. Ouch.