Where a Fifth of Homeowners Are Still Underwater – Real Time Economics 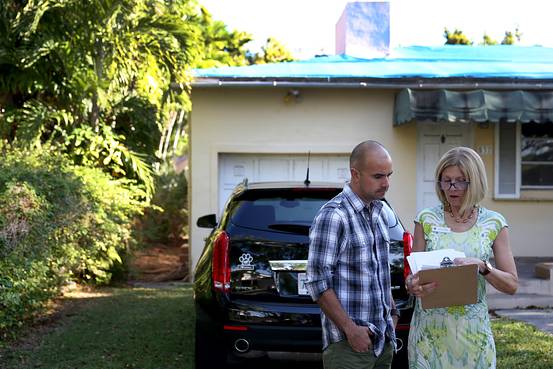 Rising home values helped more underwater homeowners surface in the third quarter, but some of the areas worst hit by the housing crash are continuing to struggle.

Nearly 1 million fewer homeowners were underwater in the third quarter of 2015 compared with the second quarter.

This summer, 13.4% of homeowners across the country were underwater—meaning they owed more than their homes are worth—down from 16.9% a year ago, according to Zillow, a real-estate information company.

Typically, the proportion of homeowners underwater is closer to 2% to 5%, according to Zillow. But today only San Jose and San Francisco have fewer than 5% of buyers underwater, at 3% and 4.7% respectively.

Las Vegas, which has had the highest percentage of homeowners underwater for the past four and a half years, remained on top, with just over 22% of homeowners still owing more than their homes are worth. It is followed by Chicago at 20.6% and Atlanta at 18.6%.

Some of the worst-hit markets also saw the biggest improvement in recent years. In Atlanta, the share of underwater homeowners dropped 8.5 percentage points compared with a year ago. In Las Vegas, the drop was 5.6 percentage points.

“In these markets, there are just so many people that are underwater that if you’re blanketing them with home-value appreciation they are much more likely to see larger drops in that negative equity rate,” said Zillow chief economist Svenja Gudell.

The large number of buyers still underwater in some areas is particularly troubling because it’s difficult for owners to sell their homes without having to resort to a short sale, which can damage their credit and make it difficult for them to obtain a mortgage for a few years afterward.

Rising home prices have helped pull many buyers out from being underwater in recent years. Home prices nationwide rose 4.9% in the 12 months ended in September, stronger than a 4.6% increase in August, according to the S&P/Case-Shiller Home Price Index.

But in many cases, the homes that remain underwater are lower-priced homes that are more affordable for first-time buyers, who have been buying homes in anemic numbers.

Real Home Prices Could Take 17 Years to Return to Peak

As Home Prices Rise, the Foreclosure Crisis Continues to Recede