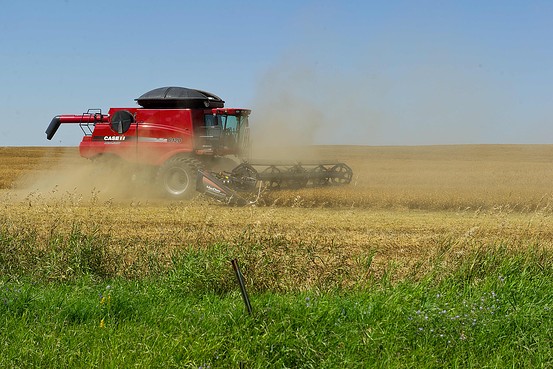 Personal incomes in North Dakota slowed in the third quarter, with declines in farming offsetting gains in the category that includes gas and oil drilling.
Agence France-Presse/Getty Images

Income gains in the Dakotas—among the country’s fastest growing regions—slowed during the summer, but don’t blame the oil industry for the skid.

Personal incomes in North Dakota advanced a seasonally adjusted 0.2% in the third quarter, the Commerce Department said Friday. That’s well below the nation’s 1% gain and a sharp slowdown from the state’s 3.1% advance the prior quarter.

But it was farming, not oil, that caused the easing.

Farm income in North Dakota fell 1.2% in the third quarter, offsetting a 0.3% advance in the mining category that includes gas and oil drilling.

The relative strength in the mining category suggests the first signs of declining oil prices didn’t effect income gains in the industry.  Oil prices peaked for the year in June, but price declines accelerated in October, at the start of the fourth quarter.

The energy boom, propelled by advance drilling techniques, has caused North Dakota, Oklahoma and Texas to have the fastest income-growth rates since the recession ended in 2009.

Corn prices touched a five-year-low in September and wheat and soybean prices were also down. Falling prices for food commodities eats into farmers’ incomes.

South Dakota was the only state where incomes dropped in the third quarter, falling 0.2%. Incomes were flat in nearby Nebraska.

Income growth was strongest in the Southwest, led by Texas. Pay in the Lone Star State was up 1.4% on the strength of mining and construction. The next fastest growth occurred in Arizona, New Mexico and Utah, with incomes advancing 1.3% in each of those states.