Where the Commodity Glut is Driving Down Jobs – Real Time Economics 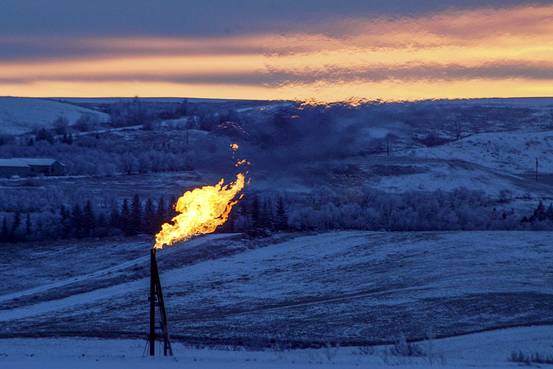 A natural gas flare on an oil-well pad burns as the sun sets outside Watford City, N.D. in  January. North Dakota lost 18,800 jobs, or 4% of the total nonfarm payrolls, from December 2014 to December 2015.
ANDREW CULLEN/REUTERS

Cheap oil and a squeeze on coal are slicing away at payrolls in what was one of the fastest-growing states and what remains one of the poorest.

North Dakota lost 18,800 jobs, or 4% of the total nonfarm payrolls, from December 2014 to December 2015 and West Virginia shed 11,800, or 1.5%, the Labor Department said Tuesday. Wyoming, another state with a significant natural resources sector, also saw big losses. The bulk of the downturn came in the mining sector, which includes activities related to oil, gas and coal extraction. 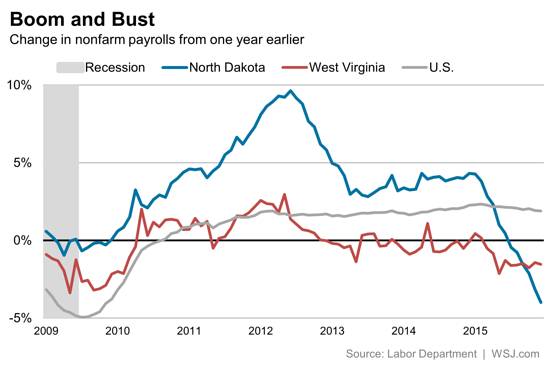 The declines stand in contrast to most other states. Over the year, 43 saw job creation, led by Idaho (4.4%), South Carolina (3.3%) and Utah (3.2%) in percentage terms. Indeed, the broader jobs outlook has been fairly upbeat despite a range of economic crosscurrents.

Cheap oil is one of the major economic themes in recent months. Oil prices have been in freefall for more than a year, plunging from more than $100 a barrel as recently as July 2014 to below $30 in recent days. That’s helped consumers but ravaged the oil and gas industry, particularly in states like North Dakota. 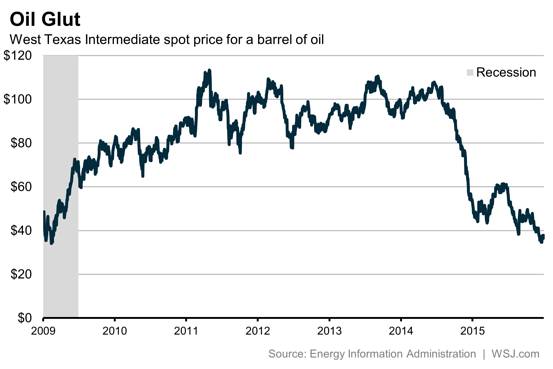 Coal, meanwhile, has faced competition from cheap natural gas, dwindling overseas demand and tighter environmental rules. The effect is most noticeable in the biggest coal-producing states—West Virginia and Wyoming.

Despite the heavy job losses, North Dakota still had the nation’s lowest unemployment rate in December at 2.7%. That may reflect the transient nature of the workforce–people show up when there are jobs and leave when they disappear.

Low commodity prices haven’t been as rough on states with more diverse economies. Texas, for example, added 166,900 jobs from December to December.

Where Construction Jobs Are Booming