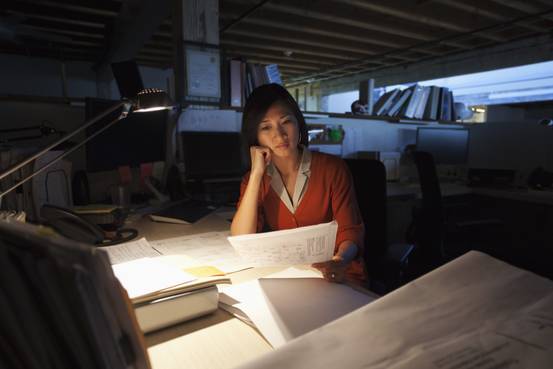 The Institute for Women’s Policy Research and Moms Rising found that 3.2 million women could be covered by proposed changes to overtime rules, compared with 2.7 million men.
GETTY IMAGES

The Obama administration’s move to expand overtime eligibility has the potential to impact millions of workers. And women, who are disproportionately concentrated in low-wage jobs, make up the majority of those who may stand to gain.

A new analysis by the left-leaning Institute for Women’s Policy Research and Moms Rising found that 3.2 million women are newly covered by proposed changes to overtime rules, compared with 2.7 million men. But based on current work habits, men could take a greater share of the additional income, the study found.

The “newly covered” category is based on the proposal’s updated threshold under which most full-time salaried workers would be eligible to earn time-and-a-half pay for working more than 40 hours per week. The threshold would be increased to $970, or $50,440 annually. That level is about the 40thpercentile of weekly earnings for salaried workers. The Labor Department takes comments on proposed changes through early September. The current threshold is $23,660, or $455 a week. The institute’s analysis refers to all eligible workers, including ones who do not currently work overtime. Increased pay could help improve outcomes for children living with single mothers, which today is one in four. Since the recession, the share of female-headed households that are low-income has risen to 58 percent in 2012, up from 54 percent in 2007.

Nearly one-half of black and Hispanic workers would be newly covered, compared with about one-third of white women and slightly more than one-fourth of Asian/Pacific Islander women, the institute estimates.

The report found that newly covered men could see a bigger jump in weekly pay than women, since they work, on average, an extra hour of overtime than women, 11.7 hours compared with 10.7.  The average newly covered man makes $725 a week, and could earn as much as $252 extra for overtime. The average woman, by contrast, has a base pay of $728 but would earn $227 a week in overtime pay.

A separate analysis by the right-leaning think tank American Action Forum looked at the proportion of newly covered workers who currently do work overtime. Under these conditions, only three million workers would benefit. About two-thirds would be workers in two-earner families. Just under two-thirds would be in households without children. And the majority, about 57%, would be men, according to an earlier analysis by Ben Gitis, director of labor market policy at the American Action Forum.

“Men actually stand to benefit much more than women from the rule,” Mr. Gitis said in an email.

It is possible that employers will avoid paying overtime altogether by limiting hours or hiring new workers to cover additional hours. On the other hand, workers who were previously happy to leave after 40 hours may grab extra hours thanks to the possibility of overtime pay. The final rule—and how employers respond—will shape who truly benefits.

What You Need to Know About the Proposed Overtime Rules

About Half of Kids With Single Moms Live in Poverty

Is the Gig Economy a Thing? Ask Women