Who Wins and Loses in the IMF Governance Overhaul, and What’s Next – Real Time Economics 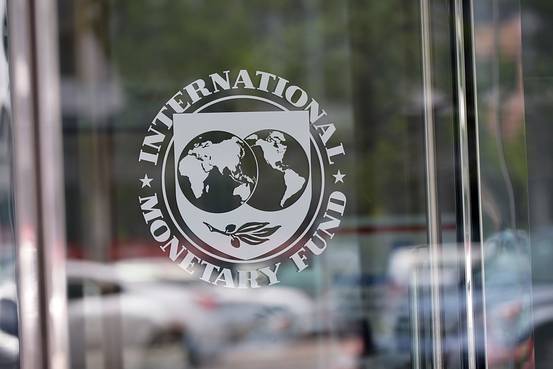 China, Brazil and other developing nations will now have more power at the International Monetary Fund, largely at the expense of European nations.
MANDEL NGAN/AFP/GETTY IMAGES

More than five years after the deal was inked by global powers, the International Monetary Fund executive board this week officially approved the governance overhauls that give emerging markets more power at the emergency lender.

The so-called quota reforms help restore some of the credibility the fund lost in the last decade as emerging markets grew in economic heft and injected critically needed cash into the fund, but gained little power at the IMF in return.

“These reforms will ensure that the fund is able to better meet and represent the needs of its members in a rapidly changing global environment,” said IMF chief Christine Lagarde.

IMF brass worried that countries such as China, India and Brazil were growing increasingly disenfranchised with the Washington-based institution, undermining global cooperation during a fragile era for the global economy.

The quota reforms, ratified late Wednesday, give China, Brazil and other developing nations more power at the fund, largely at the expense of European nations.

Here are the biggest winners and losers among some of the world’s largest economies:

But the governance restructuring is by no means over. The 2.6 percentage points in voting rights emerging markets gained at the IMF is a far from the 20 percentage-point gain in economic heft over the last 15 years. 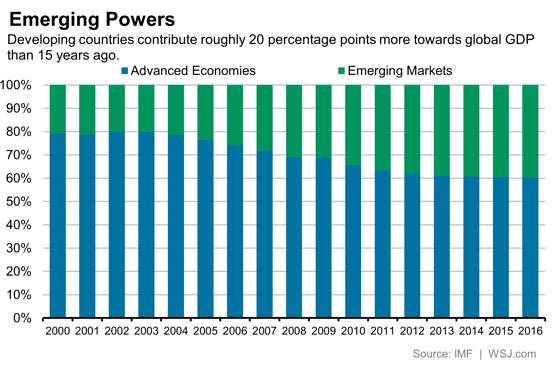 Part of that is because the quota-share calculus only gives a 50% weighting to gross domestic product.  The IMF also weighs how open countries’ financial systems are to outside investment, the size of their international currency reserves and the volatility of cross-border investment flows.

Global powers are now negotiating the next round of quota overhauls and whether to change the formula. Before the turmoil that wracked emerging markets, that might have meant they would see further gains as advanced economies lost more market share.

But with Russia and Brazil in deep recessions and China slowing fast, the five largest emerging markets are now contributing much less to global GDP than they did at their peak in 2013. 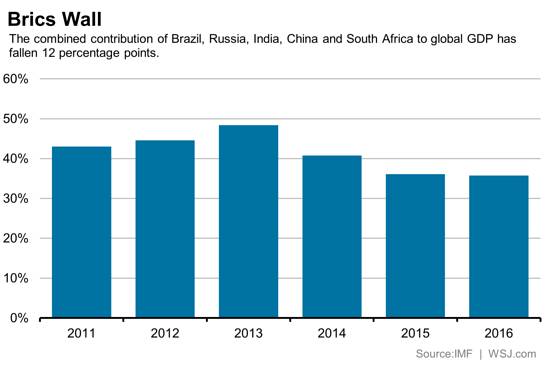 That may limit their potential power gains at the IMF.

But one don’t hold your breath for approval of any new quota reform deal anytime soon.