Who’s in Poverty? The Census Bureau’s Getting Better at Telling Us – Real Time Economics 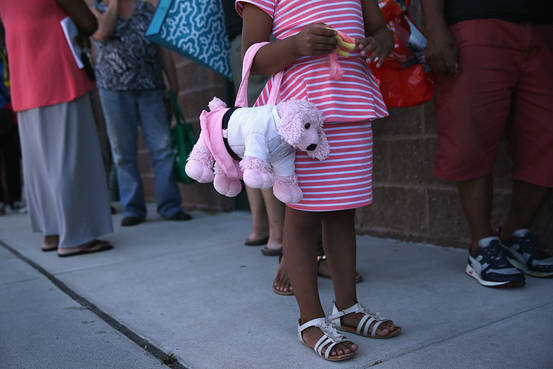 When the Census Bureau releases its 2014 report on household income tomorrow, it will include two different definitions of poverty for the first time.

The official definition has changed little since its adoption 50 years ago, when its threshold was set as cash income equal to three times what a frugal family spent on food. A relatively new unofficial rate is based on a much wider definition of income, including the earned-income tax credit and noncash subsidies for housing, school lunch and home heating. It also adjusts income for taxes, child care, health insurance and out-of-pocket medical costs. The unofficial rate also reflects regional costs of living with different thresholds for renters and people with mortgages.

For several years, the bureau has released the unofficial rate as a research report with little fanfare. Simultaneous release will draw more attention and sharpen its contrasts with the official measure.

Despite its wider scope, the unofficial rate still has holes. One is medical care. The unofficial rate doesn’t reflect over $1 trillion spent on Medicare and Medicaid each year. It also doesn’t count the value of employer health insurance. Researchers are still trying to decide how to value health care as income.

The unofficial rate has been under development for 20 years, beginning with a National Academy of Sciences panel recommending a real-world gauge that reflected taxes, safety-net programs and expenses that households must pay to maintain minimal standards. It also recommended shifting from an absolute to a relative poverty threshold using median household income.

The European Union uses this approach, and New York City adopted a similar approach when it developed its own poverty gauge in 2008. Half a dozen states have studied or tested similar measures. More may join them as the federal measure moves to center stage.

Two in Every Five U.S. Children Spend at Least a Year in Poverty