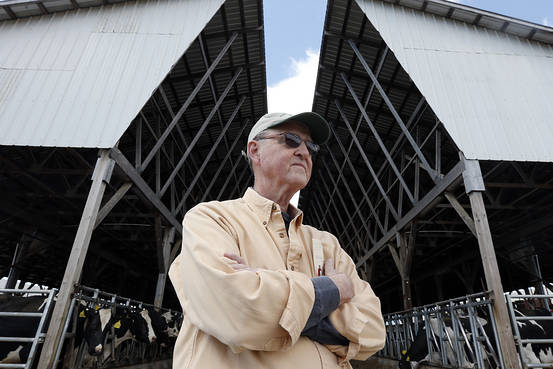 New York dairy farmer David Wood sold milk in the spring for less than it cost to produce it. Falling farm incomes, a reflection of commodity prices, have caused spending on tractors and similar equipment to decline.
MIKE GROLL/ASSOCIATED PRESS

U.S. business investment advanced just 2.2% from a year earlier in the third quarter, a slowdown that marks one of the worse performances of the six-year-old economic expansion. The trend seems at odds with ultralow interest rates, consistent hiring and steady, if unspectacular, overall economic growth. 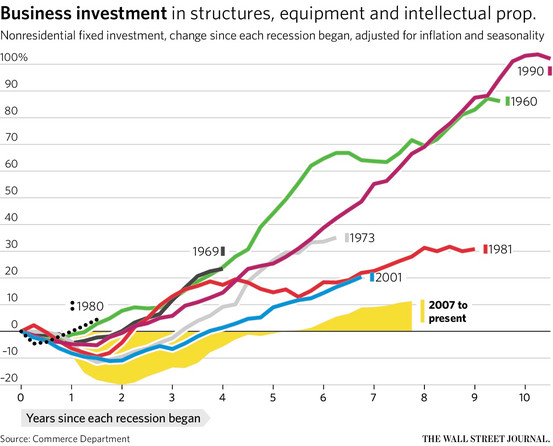 Businesses may be suffering from a lingering hangover after a deep recession. The pullback in business spending during the recession was far deeper than any since the Great Depression, but the bounce back has been lackluster. That could indicate still-shaky confidence about the economy. Other analysts say the lack of investment reflects low expected returns and uncertainty around tax policy. 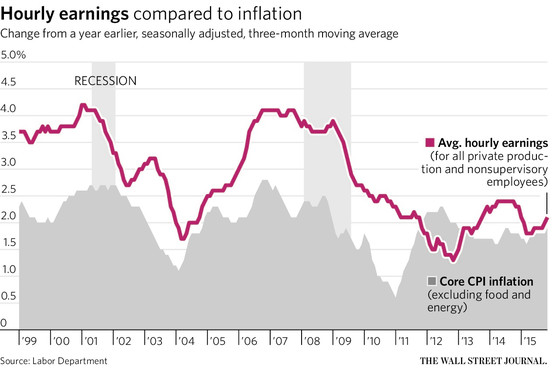 At the same time, labor has been cheap. Wages are still growing at a very modest pace, despite a drop in the unemployment rate. Inexpensive labor could be leading businesses to hire additional workers rather than invest in technology that could make existing employees more productive. 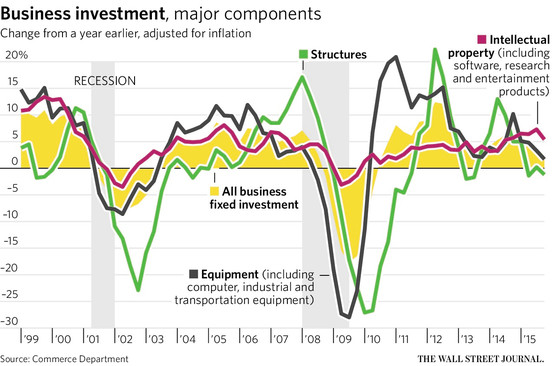 The decline in business investment over the past year has been driving by a steep drop-off in spending on structures. And that’s reflective of the slump in oil prices causing investment in what had been a fast-growing energy industry to collapse. Also, notice spending on equipment has dipped. One factor is that falling farm incomes, a reflection of commodity prices, have caused spending on tractors and similar equipment to decline. 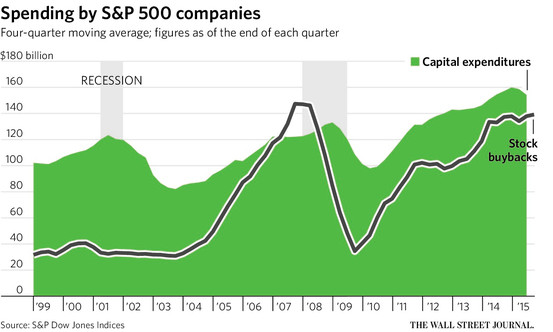 If they’re not investing, what are firms doing with ample sums of cash? For one, they’re buying back stock. That strategy rewards shareholders and improves earnings per share, but it means companies are not spending on potentially productivity-improving capital. 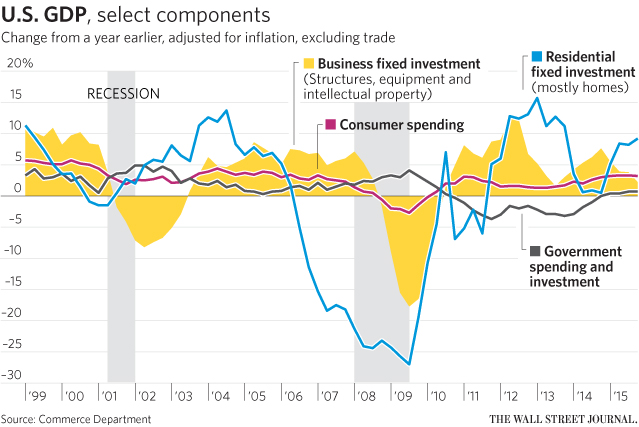 Finally, businesses are receiving fairly uneven support from other aspects of the economy. Consumer spending has grown, but has not offered a breakout in demand. Government spending, which drives road construction and other infrastructure building, has fallen sharply during the expansion. And residential investment has swung wildly. Better spending on home improvements recently could support business investment next year, if it provides stronger demand for appliances, furniture and other manufactured goods.

Companies Shy Away From Spending