The fact that an Ebola-infected American was able to walk into a Georgia hospital today after his return to the United States surprised even medical experts familiar with the ravages of the deadly disease.

Dr. Kent Brantly arrived at Emory University Hospital today after being evacuated from Monrovia, Liberia where he was being treated for Ebola. Although Brantly had shown signs of the disease for the past week, he managed to walk into the hospital with the support of medical personnel.

All three wore protective gear to contain the deadly virus.

Brantly, along with missionary Nancy Writebol, was infected with the disease after working with Ebola-infected patients in Liberia’s capital city. This current Ebola outbreak is the worst on record and has killed more than 700 in three countries in West African and infected more than 1,300.

Before Brantly arrived in Atlanta, not much about his condition had been made public. According to Samaritan’s Purse, the aid organization he was working for, Brantly was in “serious but stable” condition before being flown to the U.S.

Get All the ABC News coverage on the Ebola Outbreak Including Videos, News, and Explainers

Ebola: What you need to know about the deadly outbreak

What is Ebola? How does it spread? Who is at risk? What you need to know

Is it safe to bring Ebola patients to the US?

When the doctor was able to walk into the hospital, at least two experts said they were surprised but pleased that the doctor seemed to be doing well.

This strain of the Ebola virus has a fatality rate of approximately 60 percent and past outbreaks had fatality rates as high as 90 percent.

Dr. William Schaffner, an infectious disease specialist at Vanderbilt University School of Medicine, said he felt “guardedly optimistic,” since Ebola usually advances quickly and Brantly had shown signs of the disease for at least a week.

“The first thing we all said ‘Whoa he’s not on a vent,’” Schaffner said of realizing that Brantly did not need a ventilator to help him breathe. “In general [with] Ebola is … you progress on a downhill course. If you’re at this point and you’re holding your own you’re entitled to be optimistic.” 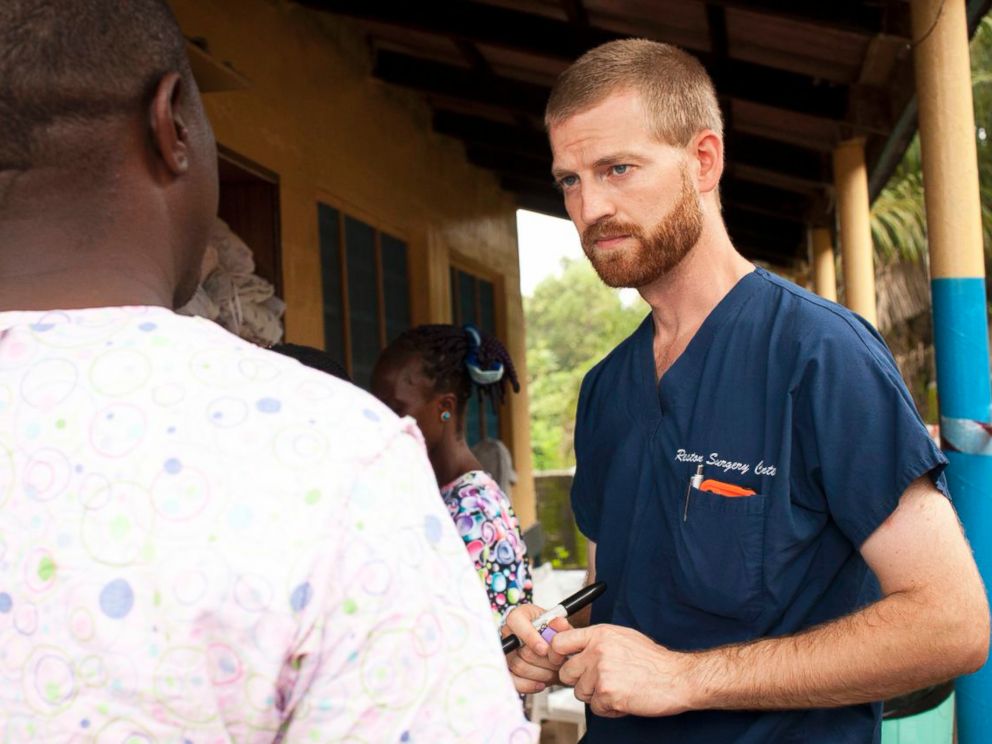 PHOTO: Dr. Kent Brantly speaks with a worker outside the ELWA Hospital in Monrovia, Liberia

While the incubation period can last from eight to 21 days, once someone develops symptoms they can be sick for a wider range of time. Schaffner explained that when someone shows signs of Ebola they tend to go downhill fairly rapidly and consistently.

Scaffner explained that once a person shows signs of Ebola the symptoms don’t usually disappear until the person overcomes the virus. As a result, they don’t usually have periods where they could appear healthy and relapse.

Schaffner said the fact that Brantly appeared to be well enough to walk, indicates that at least for the moment his heart rate, respiratory rate and other vital signs were not critical.

Dr. Stephen Morse, a professor of Epidemiology at the Columbia University Mailman School of Public Health, said although it does not guarantee Brantly will fully recover, the fact that he could walk 10 days after showing Ebola symptoms is a “good sign.”

“If you can walk in, that’s a very good sign. I was surprised but pleasantly,” Morse said of seeing Brantly walk to the hospital entrance.