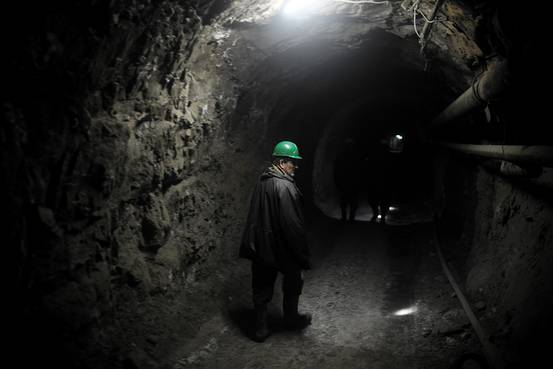 Prices for iron ore, nickel and other metals have been in a multiyear slump amid sluggish growth in advanced economies and weakening expansion in emerging markets.

“The balance between weaker demand and steady increase in supply suggests that the metals market is likely to see a continued glut,” say two top IMF commodities economists, Rabah Arezki and Akito Matsumoto, in a new blog post Monday.

That’s because China, which accounts for half of the global base-metal consumption, is slowing at a faster pace than expected. According to IMF calculations, fluctuations in China’s industrial production account for 60% of the variance in metal prices. A slew of recent data is fomenting doubts about China’s ability to meet the government’s official growth target. The country is also shifting away from reliance on investment toward more consumption.

Add to those factors a forecast for base-metal production capacity to remain relatively robust in the near future, and “ample supply is therefore likely to continue pushing metal prices further down,” the IMF economists say.

That’s a boon for economies that import metal. But for nations that rely heavily on such exports, such as Chile, Niger and Liberia, it will likely be a rough ride ahead.