Though the first mother has been charged under a new Tennessee law that makes it a crime to use drugs while pregnant, many of the most respected medical groups have opposed the criminalization of drug use during pregnancy for decades, claiming it might actually deter women from seeking prenatal care and addiction treatment.

Deputies arrested Mallory Loyola, 26, last Tuesday as she was being discharged from UT Medical Center in Knoxville, Tennessee, two days after giving birth. She was charged with misdemeanor assault after her newborn allegedly tested positive for meth, making her the first woman to be charged under the new law.

Loyola could face a year in jail.

“Anytime someone is addicted and they can’t get off for their own child, their own flesh and blood, it’s sad,” Monroe County Sheriff Bill Bivens told ABC affiliate WATE. 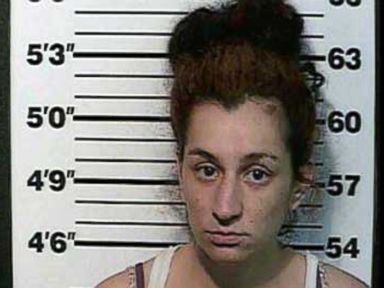 PHOTO: Mallory Loyola, 26, is the first woman charged under a new Tennessee law that criminalizes narcotic drug use, while pregnant.

But experts say it’s not that simple.

“Virtually every state” has considered a bill like the law that led to Loyola’s arrest, but they didn’t pass it because medical groups advised against doing so, said Lynn Paltrow, executive director of the National Advocates for Pregnant Women.

“They all deter women from care,” Paltrow said. “If you think that by getting care, you’re going to get arrested or have your kid taken away or get locked up in a mental institution, chances are you’re not going to come in. Or you’ll come in and not be honest.”

Dr. Ruth Faden, who directs the Johns Hopkins Berman Institute of Bioethics, said that instead of giving addicted new mothers access to treatment to help them be better moms, the law rips them from their newborns, which isn’t in the best interest of the child.

“There is very little support among experts that laws of this kind actually improve outcomes for mothers or babies,” Faden said. “Putting them [the mothers] in jail does nothing.”

As far back as 1990, the American Academy of Pediatrics, March of Dimes and the American Medical Association each wrote in separate medical journals that arresting pregnant, drug-addicted women would discourage mothers-to-be from seeking treatment for fear that a medical record of their situation could lead to jail time.

In 2011, the American College of Obstetricians and Gynecologists wrote that these women shouldn’t be exposed to penalties under policies that treat addiction as a “moral failing.” They countered in their committee opinion piece that addiction is a “chronic, relapsing biological and behavioral disorder with genetic components.”

Still, the Tennessee Medical Association supported the law that put Loyola behind bars to an extent.

“Right or wrong, at least we are doing something in Tennessee to try to deal with NAS [neonatal abstinence syndrome],” Tennessee Medical Association President Dr. Douglas Springer wrote in an op-ed about the new law in May.

Springer said Tennessee has an “alarming” problem with narcotics addition and babies, citing 855 newborns who suffered from withdrawal in the state last year alone.

“The Tennessee Medical Association has pushed for solutions because narcotics addiction – in babies or adults – is a disease that cries for medical intervention,” he wrote in the op-ed. “Babies born with NAS require prolonged treatment, usually in a hospital setting, with complicated medical issues and high-risk deliveries.