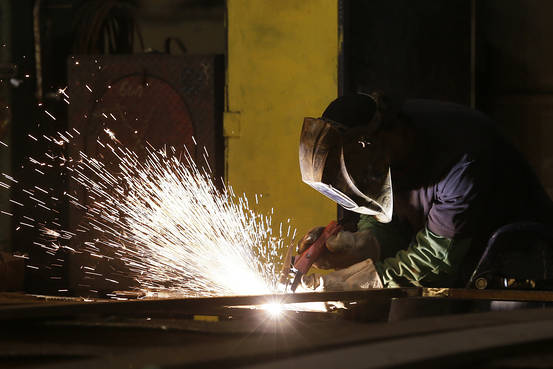 Manufacturing is a relatively small share of the U.S. economy, accounting for just 12% of total output.
DANNY JOHNSTON/ASSOCIATED PRESS

Demand for manufactured products sank sharply last year, a rare occurrence outside a recession. But that doesn’t necessarily mean the six-and-a-half-year-old expansion is about to end.

Orders for durable goods, long-lasting products such as appliances and machinery, declined 3.5% in 2015 from a year earlier, the Commerce Department said Thursday. The drop is largest annual decline outside a recession on records back to 1992. (It’s only the fifth annual decline in 24 years.)

Does that mean the U.S. economy is on the brink of a contraction? Manufacturing data has long been closely watched not just for what it says about factories, but for the signal it sends about demand in the wider economy. If consumers are ordering washing machines, they’re probably spending at restaurants. If businesses are investing in new computers, they’re likely to be hiring.

The gauge of durable-goods orders, specifically, is watched as a forward-looking signal because it might take months, or even years, for a car, ship or airplane to be delivered.

But it’s possible that manufacturing isn’t the economic fortune teller it once was. 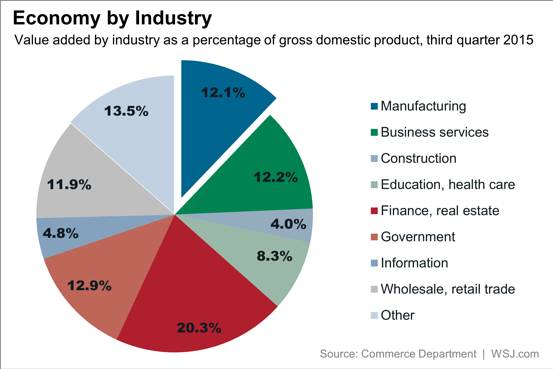 Manufacturing is now a relatively small share of the U.S. economy, accounting for just 12% of total output. That makes it about the same size as professional and business services.

In 1997, the first year for which the government has data on gross domestic product by industry, manufacturing accounted 16.1% of the economy, and professional and business services accounted for just 9.8%

The nation’s employment base also no longer hinges on factory jobs. In World War II, more than a third of workers held manufacturing jobs. The share remained above 20% into the 1980s. It slipped below 10% during the last recession. 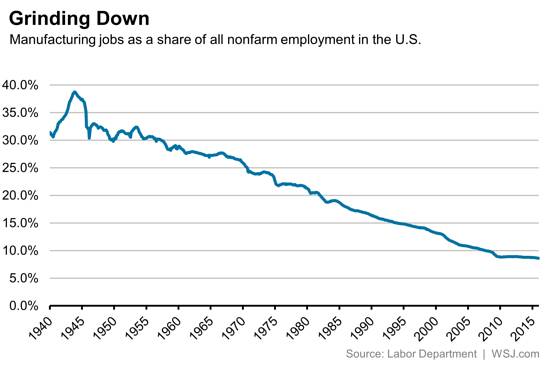 As a result, job losses in manufacturing don’t necessarily translate into widespread layoffs and a pullback in wages. Last year manufacturers added 30,000 jobs, the smallest increase of the expansion. The broader economy added 2.65 million positions to payrolls, the second-best year of job gains since 1999.

Recession Warnings May Not Come to Pass

Where the Commodity Glut is Driving Down Jobs

Where Are the Most U.S. Manufacturing Workers? Los Angeles