Why the Pope Likes to Talk About Inequality and the U.S. – Real Time Economics 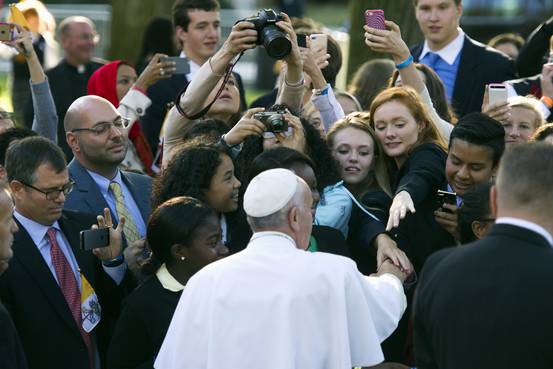 Pope Francis makes a number of remarks in the U.S. this week, including at the White House and at Congress. In the past, when the pope met with President Barack Obama, the two discussed economic inequality. The pope has been a repeated critic of American-style capitalism and has called on the church to renew its focus on the poor.

Wednesday morning, he called on Americans to “support the efforts of the international community to protect the vulnerable in our world and to stimulate integral and inclusive models of development, so that our brothers and sisters everywhere may know the blessings of peace and prosperity.”

The Organization for Economic Cooperation and Development, an association of 34 of the world’s richest economies, produces standardized statistics on several measures of inequality. Shown below is the Gini coefficient, perhaps the most famous measure of income inequality. A country where everyone has the same income would score a zero, while a country where one person has all the income would score a 1. A higher Gini indicates more inequality.

By this measure, inequality in the U.S. is higher than anywhere but Turkey, Mexico and Chile. 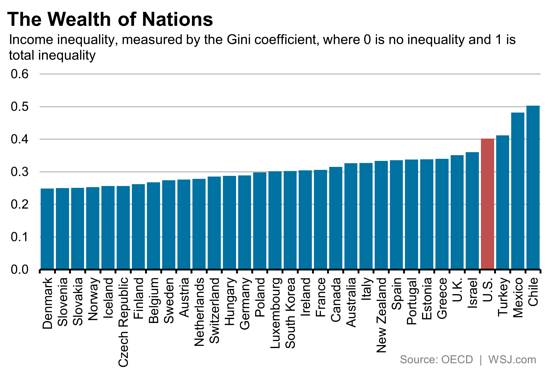 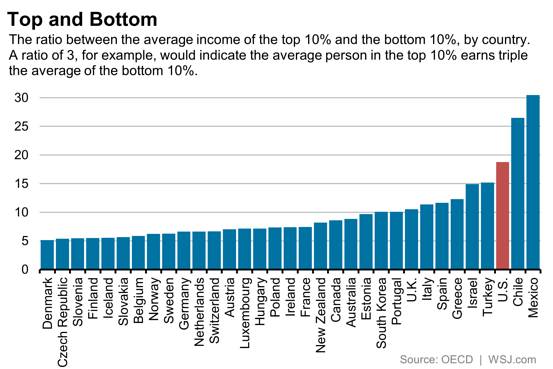 And using the OECD’s measure of poverty, the U.S. also ranks highly, with around 17.6% of the population in poverty. (This is a different measure than that produced by the U.S. Census Bureau, which finds 14.8% of Americans in poverty.) The U.S. economy, of course, is quite a bit different than Chile’s, Turkey’s or Mexico’s. The country is much wealthier and more developed. The U.S. has often served as an engine for global growth and technological progress, helping to raise global living standards and create opportunities for economic advancement. These successes have been inextricably linked to the U.S. approach to capitalism. 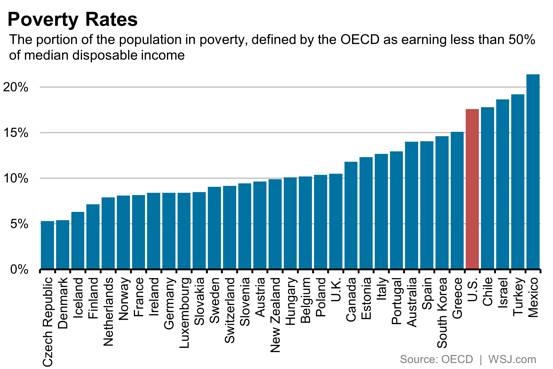 One category where the U.S. stands out most of all is the amount of disposable income received by its residents, by far the highest in the OECD. Depending on one’s views, this may show a capacity to do more to help the poor, or may be an emblem of the success that the U.S. system has delivered. It’s easy to guess that the pope and many Americans may not see eye-to-eye on this question. These data, of course, do not say who is right when it comes to solutions, but the data are clear that U.S. inequality is high. 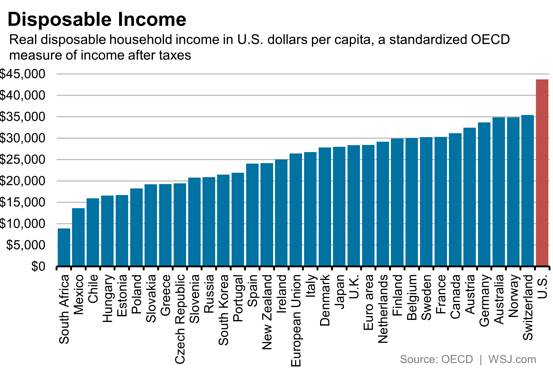 What We Know About Inequality (in 14 Charts)