Why This Doctor Is Bringing Back House Calls

Dr. Ernest Brown often gets recognized as he walks down D.C. streets in his blue scrubs with his black doctor’s bag in hand.

He’s the family physician who, for eight years, has only made house calls, doesn’t have an office, doesn’t take health insurance and doesn’t take payment until the patient is well.

“For me, medicine is a calling. It’s not just a career choice,” the 46-year-old told ABC News.

Brown was inspired to make house calls in medical school when he watched an older doctor perch on the edge of a patient’s bed, discharge her and promise to go see her in a week. He eventually asked to learn under that doctor, and soon, it was just the two of them driving around the city, treating patients.

After school, he started visiting elderly patients in a low-income neighborhood of Washington, D.C. His colleagues asked him if he was worried about his safety.

“My car did get shot at once, and I did get mugged once,” he said, adding that the experience made him a better doctor. “It’s all part of the story and the history of it.”

But Brown didn’t just want to treat elderly patients at home, he said. And he was finding that Medicare paperwork was taking him two hours a day.

“I wanted to be the old-school family physician [so] that I treated everyone from what we call sunrise to sunset,” he said. 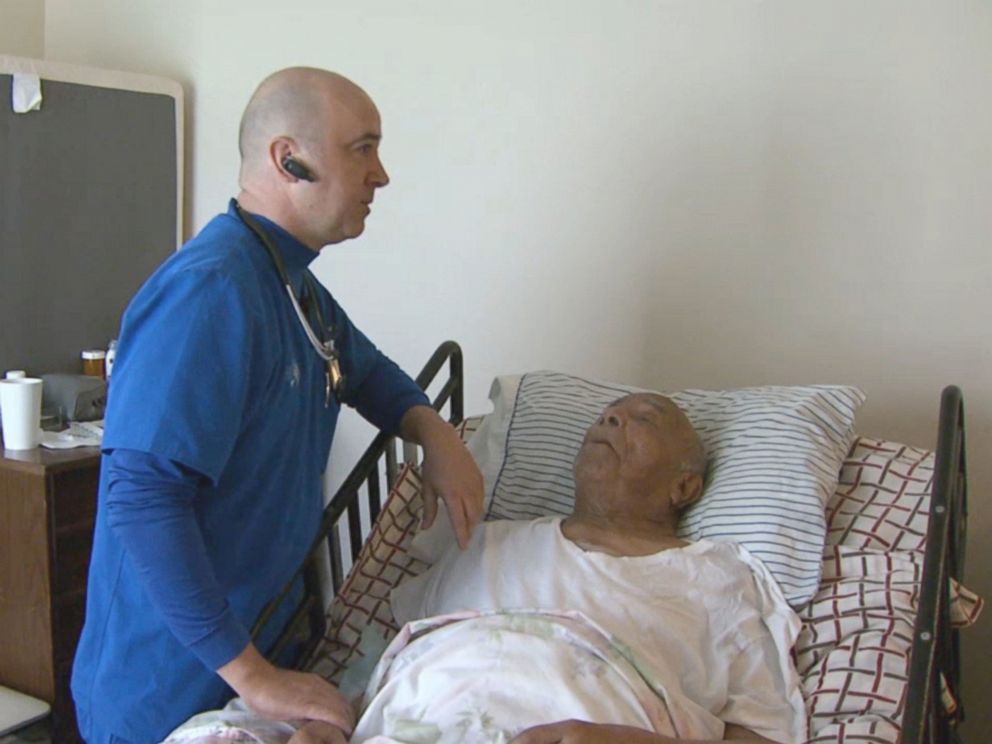 PHOTO: Dr. Ernest Brown is a family physician who has made house calls in and around Washington, D.C. for the last eight years

It happened out of the blue, when a friend working at a hotel said he had a famous guest who was sick and needed a doctor. Brown treated the patient, and soon, other hotels started calling him. Then, his reputation spread through word of mouth to families in D.C., Maryland and Virginia. Now, Brown says he can afford to treat geriatric patients for free.

“It’s a connection. A physician back in the day was part of a community,” he said, adding that modern medicine has lost that. “What I see is a divide between patient and physician that’s only getting worse, devoid of the heart and soul.”

Home health physicians are on the rise, said Constance Row, executive director of the American Academy of Home Care Medicine.

There were more than 10,500 home health care workers in the United States in 2012, Row said, citing Medicare data. Brown would not be included in that figure because he no longer takes Medicare.

Brown said he hopes other family doctors will join him, someday. He thinks family medicine is on the decline, and the answer may be to go into work doing house calls.

“We are the white rhinos,” he said. “We need to get back into the community and give ourselves the opportunity.”