Why U.K. Homeowners Should Care About the Fed – Real Time Economics 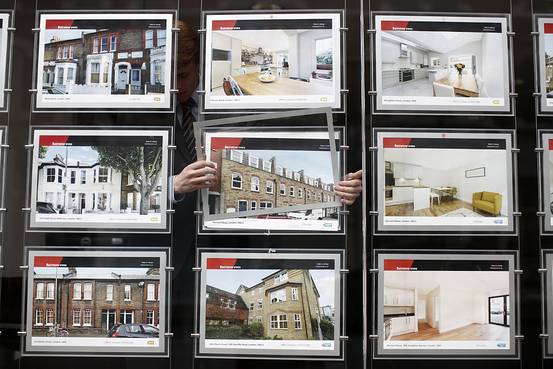 Residential properties displayed in a London estate agent. U.K. homeowners are mindful of a future Bank of England rate increase. So why should they care about the Fed’s monetary policy?
Bloomberg News

As investors increasingly expect the Federal Reserve to soon raise borrowing costs in the U.S., fresh research suggests a rate rise could have an impact on a sizable group of people across the Atlantic: British homeowners.

Both the U.S. and the U.K. central banks have kept their short-term policy interest rates pegged at record-low levels for more than six years. Recent signals from officials, however, suggest the Fed is likely to raise rates before the end of the year, while the Bank of England is expected to do so in early 2016. 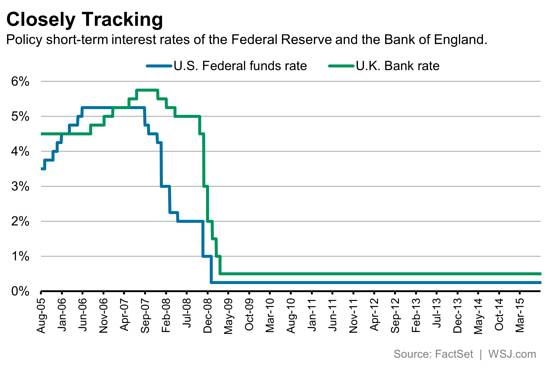 In an article published Tuesday in the BOE’s Bank Underground blog, two of its researchers spelled out further evidence of how earlier action by the Fed could put pressure on British borrowers—-even if the BOE refuses to follow suit—by increasing how much they pay on their mortgages. This would have consequences for the wider economy, as many analysts agree one of the most significant ways monetary policy affects consumer spending is through mortgage rates.

Although the majority of new mortgages approved in the U.K. are now on fixed rates, 60% of mortgage-owners still pay a floating rate that is tied to the interbank rate—which closely tracks the BOE’s benchmark rate. But the rate banks charge for a mortgage depends on many factors beyond the cost the nation’s central bank imposes on liquidity, economists say. It’s influenced by how creditworthy borrowers are, for example, but also by a kind of derivative contract, called an interest-rate swap, which is essential for lenders to manage their funding costs.

Interest-rate swaps allow a bank to exchange a fixed-rate interest payment for a floating rate one—or vice versa—with a counterparty, in order to better manage its flows of cash. In the U.K., research by the BOE analysts shows, the rate on these swaps was a key component in how much banks charged for new mortgages between 1997 and 2014.

Like most financial assets, interest-rate swaps react strongly to changes in central bank policy rates, but this research found they are also sensitive to cross-country influence. During the same period, changes in U.S. swaps strongly altered how U.K. swaps moved, so a U.S. interest rate rise could translate into tighter terms for those with floating-rate mortgages in Britain as well.

“We wouldn’t want to oversell these results—they are partial in their nature and we’re agnostic on the source of the shock to U.S. swap rates,” BOE economists Gareth Anderson and Matt Roberts-Sklar said in the blog. “But they do show that U.K. mortgage rates are not just affected by domestic factors, and in fact can be influenced by changes in rates in the U.S.”

The Fed’s influence over the British economy would be increasingly important in a scenario where the U.S. central bank kept rates pegged at much higher levels than the Bank of England.

“History tells us than when the Fed does tighten, it does so much more aggressively than it’s priced in,” said Erik Britton, director of London-based Fathom Consulting, during an economic panel Tuesday. Mr. Britton is among those who believe the paths of both central banks are likely to diverge for longer than investors expect.

Be it as it may, central bankers will still need to watch each other closely.