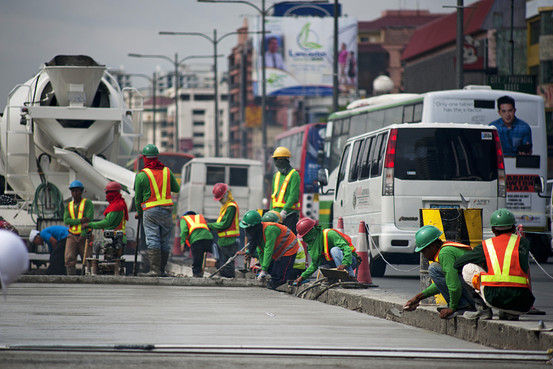 Inflation in the Philippines spiked to a 30-month high in May, approaching the top of the central bank’s target range and raising the odds of further tightening steps ahead.

The consumer price index rose 4.7% on-year in May, its quickest pace since November 2011, on higher prices of food and other commodities, as well as housing. Economists were expecting a reading of 4.2%, while the central bank had forecast a reading between 3.9%-4.7%.

While CPI remains within the bank’s 3.0%-5.0% target range for the year, Bangko Sentral ng Pilipinas Gov. Amando Tetangco Jr. said the data confirm what the central bank has been saying for months: Quick gains in prices are narrowing the room to keep interest rates at record lows.

“We will not hesitate to adjust policy settings should the inflation target be at risk,” Mr. Tetangco said.

The Philippine economy has been among the fastest-growing in Asia, but some worry it’s at risk of overheating.

At its last two meetings, the BSP has raised banks’ reserve requirements by one percentage point each time, seeking to slow money supply that has grown more than 30% from a year earlier in every month since last July.

Mr. Tetangco said the central bank will look for signs that inflation in food and other commodities is driving up prices of other items, and will watch what other central banks in Asia are doing.

Many economists now think the BSP will raise repo rates by one-quarter percentage point at its June 19 meeting, with a similar increase later in the year. That would seek to ensure that inflation next year stays within the 2015 target of 2.0%-4.0%.

Glenn Maguire, ANZ’s chief economist for Asia Pacific, said the BSP’s patience “must be waning” for just tightening liquidity via reserve requirement ratios. That would make adjustments to repo rates or special deposit accounts – a money-market tool the central bank uses to siphon liquidity from the system — more likely.

Michael Wan, an economist at Credit Suisse, said the BSP is likely to raise reserve requirements by another full percentage point later this month — to 21% — and predicted a half-percentage-point increase in special deposit account rates in the second half of the year.

The central bank estimates that its two recent increases in banks’ reserve requirements siphoned some $2.7 billion from the system — compared to around $11.4 billion released into the system last year, when the BSP limited access to its special deposit accounts. Another hike in the reserve ratio would siphon off some $1.3 billion of liquidity.

Trinh Nguyen, an economist with HSBC, said it’s almost certain the BSP will have to tighten policy soon “to temper inflationary pressures.” She expects overnight borrowing rates to rise to 4.0% in the second half of the year, and banks’ reserve requirement ratio to rise to 21%.