Laura Price never thought she would shed her shoulder-length hair until she realized she was likely going to lose her hair to chemotherapy treatments.

In 2012 Price, at age 29, was diagnosed with breast cancer. As she prepared to start chemotherapy treatments she decided she would get rid of most of her hair in favor of a short pixie cut before the drugs kicked in.

“I never would have got this haircut or dared to cut it,” said Price now 31. “This haircut suits me more.” 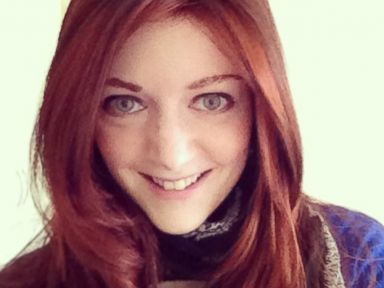 PHOTO: Laura Price tried out different wigs after losing her hair in chemotherapy.

Woman Disfigured by Cancer Misdiagnosis to get Free Surgery

Find out the Latest News on Breast Cancer Treatments

Price still lost her hair, including her eyebrows and lashes, but said cutting her hair ahead of time helped prepare her. As she went through treatment Price documented her changing appearance by taking a single selfie every day and using an app to make sure she could see just how much hair was growing back. While she sometimes wore wigs or hats when she went out, in the selfies she shows what was going on underneath her head covering.

She also started a blog to keep friends and family updated on her condition. However, her blog got such a strong response she eventually made it public and then began blogging for the Huffington Post U.K. about her experiences being treated for cancer as a young woman.

Now nearly two years out of treatment, Price is healthy with her hair back in the cropped pixie cut shape. To celebrate more than 18 months of being cancer-free she released a video compilation of the selfies that show her changing appearance after getting cancer treatment. The video has already gone viral with local media outlets in the United Kingdom interviewing Price and featuring the video.

For Price, she said she was surprised by the reaction but grateful at the positive response she’s gotten.

“Seeing that and watching the video, I was glad I did it. I’ll carry on with it,” she said of the daily selfie tradition.

The response to her blog and her experience as a young person with cancer lead Price to start working with the breast cancer charity CoppaFeel, aimed at raising awareness about young people suffering from breast cancer. Price said she wanted to help others going through a similar situation as her own.

“It never goes away,” said Price of dealing with her past cancer diagnosis. “There’s never a day where I don’t think about it. My hair is a constant reminder.”

Price is now back at work and enjoying the chance to grow out her hair, although she is bothered by one change: a small bald spot on the crown of her head.

“It does bother me a bit,” said Price. “A lot of the other people have said [it doesn’t] grow back in the same way.”