Woman Sets Out to Ban Surrogacy

Jennifer Lahl is on a crusade to outlaw surrogacy, the process by which women lend their wombs to would-be mothers unable or unwilling to carry children themselves, and to men in same-sex relationships who want families.

“It always strikes me that the children are so absent in the discussions,” Lahl, 56, told ABC News. “It’s all about adults – who wants, who needs, who buys and what I can get.”

In gestational surrogacy, a woman carries a child that is not related to her, conceived through in vitro fertilization and implanted in her womb. The child may or may not be related to one or both of the intended parents.

In her new documentary, “Breeders: A Sub-Class of Women,” Lahl explores the issue of third-party reproduction, focusing on several women whose experiences point to what she sees as flaws in the surrogacy process. She argues that surrogacy has become a baby-buying operation that allows wealthy couples to exploit vulnerable women, often those of lesser means. 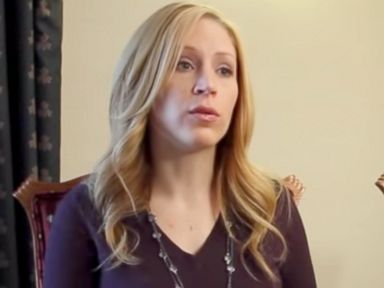 Courtesy of The Center for Bioethics and Culture Network

PHOTO: Heather has been a gestational surrogate twice, but the second one went badly.

As a 20-year pediatric critical care nurse, Lahl said she also worries about the “primal wound” when a child is separated from its carrier.

“Surrogacy sets out from the beginning, on purpose, to separate the child from the birth mother,” she said.

But others say surrogacy is the sole option for some infertile and same-sex couples who want a biological child.

“We now have the medical technology to allow people to have a genetically linked child even if the woman cannot carry a pregnancy,” said Barbara Collura, executive director of RESOLVE: The National Infertility Association. “If there are women who want to be a gestational carrier and the legal framework exists to ensure the process is legal and ethical, why not let them be a surrogate?”

“Lahl is one voice and has been a loud voice,” Collura added. “But the voices of the multitude of gestational carriers and intended parents have not been heard.”

Military wives: Is it a labor of love or financial boost?

Lahl has been a vocal critic of assisted reproductive technology in two previous films: “Exploitation,” which looks at egg donation; and “Anonymous Father’s Day,” about sperm donation. She’s also critical of IVF, a process that she claims subjects embryos to an artificial selection process and poses health risks to both mother and baby.

An estimated 1,989 babies were born via gestational surrogacy in 2012, the last year for which there are statistics, according to the Society for Reproductive Technology. That’s up from 1,593 babies in 2011.

The process can cost up to $100,000, according to Collura – a price tag that includes the cost of in vitro fertilization, donor eggs and sperm and genetic testing (if needed), legal fees and compensation for the surrogate’s medical expenses and lost wages. Services that match intended parents with vetted gestational carriers add to the total bill, Collura said.

But intended parents say the high cost was worth the joy.

Jacey Spratt, a 38-year-old from Bethesda, Maryland, had twins born through gestational surrogacy after a strep infection left her unable to carry children, she said.

“The doctor advised surrogacy would be perfect,” said Spratt, whose college roommate offered to serve as her surrogate. “It was the culmination of technology and love.”

“We had legal contracts and covered all the bases,” Spratt added, explaining that the total bill for the pregnancy amounted to roughly $40,000 including IVF, legal fees and the surrogate’s medical expense. “Everyone along the journey was great… You need to see a picture of my daughters to see the happiness that this has brought to our lives.”

Guidelines published by the American Society of Reproductive Medicine state that a gestational surrogate is “generally compensated for the time and effort involved in fulfilling this role,” and recommend that the compensation be agreed upon in advance and “documented in the contract between the carrier and the intended parents.”

California allows surrogacy for domestic partnerships. But in Tennessee, where same-sex marriage is illegal, only married couples can have surrogacy agreements, according to the Human Rights Campaign.

Other states are currently wrestling with regulations.

In June, for the second year in a row, Louisiana Governor Bobby Jindal vetoed a bill to legalize compensated surrogacy for married, heterosexual couples.

In New York, legislators proposed the Child-Parent Security Act last session to overturn the current ban on surrogacy compensation. Right now, couples seeking surrogacy have to go to a state where it is legal.