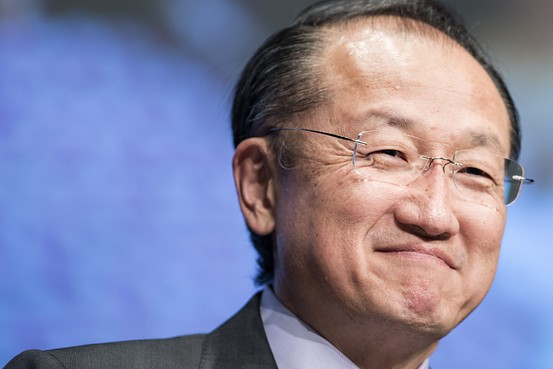 More than 1,000 people may be trimmed from the World Bank in coming years as President Jim Yong Kim moves ahead with a restructuring of the development institution, according to several people familiar with the matter.

Top World Bank officials plan to signal that sharp cutbacks in staff are on the horizon in an internal memo expected out later this week. The memo won’t have specific numbers, according to people who’ve either seen a draft or are involved in the restructuring, but is meant in part to reassure the bank’s 15,000-plus employees that thinning of the ranks will be handled in a humane and transparent process.

Many economists and bank-watchers say an overhaul is needed to ensure the development behemoth maintains its relevancy in an age of expanding emerging market wealth, private financing and international consultancies.

President Barack Obama picked Mr. Kim to lead the World Bank in 2012. An American physician born in South Korea and raised in Iowa, Mr. Kim rose to fame as a public-health expert and was Dartmouth College president at the time.

With help from a slew of corporate consultants, Mr. Kim has reshuffled the bank’s organizational structure around expertise instead of regions and countries. He’s also found $400 million in “cost-saving measures” through 2016.

Mr. Kim’s restructuring has come with a barrage of criticism, both inside and outside the bank.

“As we go into the change, there’s been a lot more push-back,” Mr. Kim said last month at the annual meeting of the Bretton Woods Committee. He defended the need to “reduce redundancies” during a conference call with reporters in March, saying any attempts to trim the budget would “not compromise our ability to deliver.”

Part of the problem, argue some critics of Mr. Kim’s overhaul, is a lack of clear direction and a perception that the restructuring process hasn’t been transparent.  Rumors of massive layoffs have been rife on the Facebook pages of World Bank employees, the Twitter-sphere and under the glass ceilings of the bank’s Washington headquarters. Management has so far been unable to quell fears.

Some of the budget cuts will come from slashing travel expenses and real estate expenses. But now, top officials are acknowledging the need for staff cuts.

“It’s good that finally the bank’s management is saying what everybody knows, that you cannot reduce the base budget by $400 million without a reduction in staff numbers,” said Paul Cadario, a former senior World Bank manager who spent four decades at the development institution.

“Eventually there will be numbers, and well-placed people in the bank, people who would know, have been telling me for months that reductions will be in four figures,” said Mr. Cadario, who’s now a senior fellow at the University of Toronto’s Monk School of Global Affairs.

Two other bank officials familiar with the restructuring process speculated that the staff reductions would likely total between 1,000 to 3,000 people.

Sean McGrath, the bank’s vice president of Human Resources, said there is no target for staff reductions and the bank is “taking every possible step to mitigate the impact of our cost savings measures on staffing levels.”

“Any reductions will be based on the business needs of the organization and will rely as much as possible on attrition,” he said. “The business needs, driven by client demand, will determine how best we leverage our workforce, including through recruitment and redeployment.”

Still, a lack of clarity nearly two years into the process is fueling discontent at the bank.

“What is so extraordinary here…is that you have had every single change-management consultancy working with this process in one way or another and yet nobody knows where the ship is going, what the size of the ship should be, and how many people are going to be needed to man the lifeboats,” said a former bank official.

Mr. Cadario said Mr. Kim’s restructuring, even if it relies on attrition for staff reductions, risks undermining his own aspirations of creating a “knowledge bank.”

“If there is enough discouragement about the future of the bank and how people will be treated,” then the overhaul could fuel an exodus of crucial employees with deep knowledge of the bank’s operations, he said.